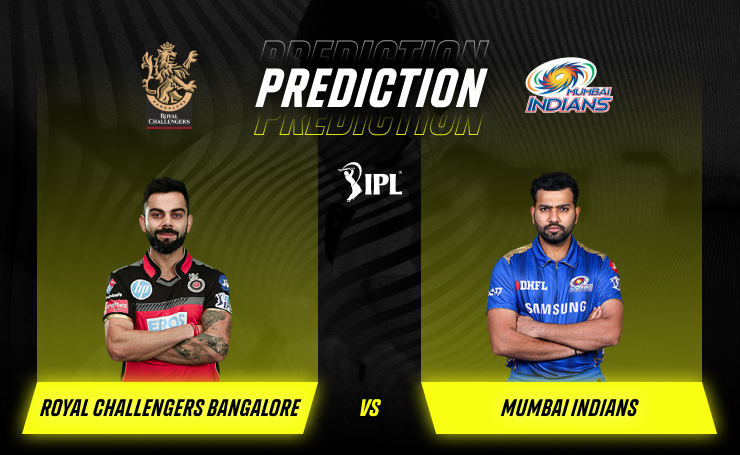 The world is shaking in anticipation of the most global event in modern cricket as the Indian Premier League is back in action from April 9. The IPL kicks off and the teams will clash in a fierce battle to be named the best team in India with Mumbai Indians starting their title defense against a star-studded Royal Challengers Bangalore this Friday.

Mumbai Indians won their fifth IPL title in the 2020 season with skipper Rohit Sharma and his men dominating the league and winning their playoffs matches with relative ease as well. The Mahela Jayawardane coached side added the likes of Piyush Chawla, Adam Milne, and James Neesham to replace the outgoing Lasith Malinga, Mitchell McClenaghan, and Dhawal Kulkarni.

The Mumbai squad has plenty of options in its pace department but the spin options are limited to Rahul Chahar, Jayant Yadav, and new signing Piyush Chawla with Krunal Pandya also capable of bowling a few overs. With Mumbai playing five matches on the spin-friendly tracks of Chennai, one can argue that the Sharma-led squad lacks a top world-class spinner and it can hurt their chances to get a good start in IPL 2021.

Royal Challengers Bangalore once again starts an IPL season in the hope of bagging the trophy with the fans dreaming of seeing Virat Kohli lift the trophy in jubilation for quite some years now.

The Bangalore squad is quite balanced but lacks a quality Indian batsman in the middle order with AB de Villiers, Maxwell, and Christian expected to shore up those places with their all-round efforts on the ground. 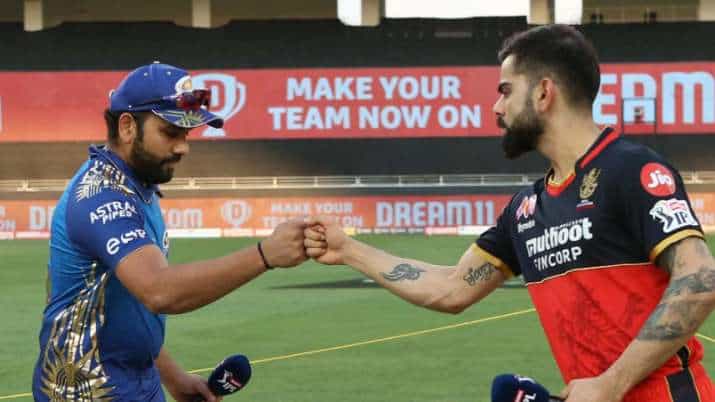 Rohit Sharma and Virat Kohli at the toss in IPL 2020

Mumbai Indians have the edge over Royal Challengers Bangalore in the head-to-head record as MI has won 17 of the 27 matches between the two top teams with Virat Kohli’s side winning just 10 of the 27 encounters. In fact, the Mumbai-based franchise has 8 wins in the last 10 meetings with Rohit Sharma’s men losing one of the two matches in a ‘Super Over’.

With Bangalore’s unpredictability and Mumbai’s stability on offer to view, it would be a great contest for the fans as Indian national team skipper Virat Kohli takes on Rohit Sharma, the vice-captain of the Indian team in the limited-overs format.

Mumbai Indians are expected to win the season opener with Royal Challenges Bangalore a bit light in the batting department. Both head-to-head record and the recent form of the teams is in favor of MI but RCB is no strangers to springing up a surprise.