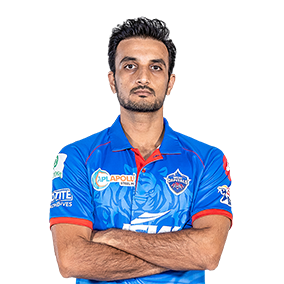 In 2008-09, under-19 Vinoo Mankad Trophy, Harshal picked up 23 wickets at an exceptional average of 11. After that, he played his first one-day for Gujrat in 2009-10. After giving amazing performances at various stages, he earned a spot in India U-19 squad for the 2010 ICC Under-19 Cricket World Cup but didn’t get the chance to play.

He gave an impeccable performance in the 2019 Ranji Trophy season, where he took 52 wickets in nine matches. By doing this, he broke a 36-year old Haryana record. The Ahmedabad-born player also scored  292 runs in the recently concluded Ranji season. He also had proved his worth in T20s when he opened and scored 374 runs at an average of 31.17 in twelve matches in Syed Ali Mushtaq Trophy.

In the 2010 IPL season, Mumbai Indians bought Patel for INR 8 lakhs, but he didn’t get a single chance to prove his mettle. For 2018 IPL, Harshal was bought by Delhi Capitals and one of the few players retained by the franchise for IPL 2020.