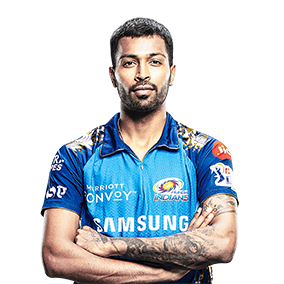 Hardik Himanshu Pandya was born on 11 October 1993, an Indian cricketer representing the country at the international level. On the domestic level, Hardik plays cricket for Baroda and features as an All-rounder for Mumbai Indians in the Indian Premier League.

Pandya is known for his aggressive batting and also popular as ‘Six-machine’ among the fans. The player’s exceptional fielding skills have always been an asset to the Indian cricket team, and he is also known for his on-field and off-field swag.

Many records have been registered in the name of Hardik Pandya, such as the first Indian to take four wickets and score above 30 in the same T20I match, most runs in a single over of a Test match for India, etc. The career of the 27-year old player has been affected by multiple injuries, and according to the experts, it is because of overexertion.

Hardik’s brother Krunal Pandya also plays for the Indian cricket team as an all-rounder. Both the brother play for Mumbai Indians in IPL, and whenever they feature together in the field, the commentators love to call them ‘Pandya Brothers.’

Hardik has recently married his girlfriend, Serbian actress Natasa Stankovic. After a few months, the couple gave good news by telling the fans on social media that they are expecting the first baby.