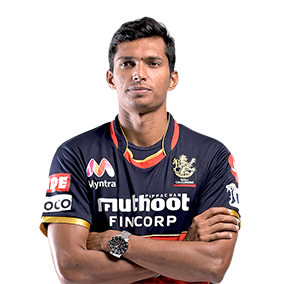 Gautam Gambhir picked Navdeep Saini from Delhi’s practice nets, and the rise of Karnal born boy is an inspiration for aspiring cricketers. The right-arm fast bowler has impressed everyone with his bowling skills and is currently one of the Indian cricket team’s best bowlers.

After picking up by Gautam Gambhir, Navdeep Saini secured his place in the IPL team Delhi Daredevils in 2018. The young player spent his entire season on the bench and could not prove his worth to the franchise. In 2019, Virat Kohli led Royal Challengers Bangalore bought Navdeep Saini for a whopping amount of 3 crores. Navdeep played 13 matches for RCB and took 11 wickets, which attracted selectors eyeball, and he got the opportunity to play in the Indian cricket team.

Navdeep’s father is a former government employee who used to work as a driver under the Haryana Government. His grandfather, Karam Singh, was an independence activist and was a part of Subhas Chandra Bose’s Indian National Army.