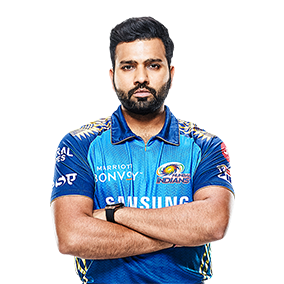 Rohit Sharma was born on 30th April 1987 in Bansod, Nagpur, Maharashtra. His father, Gurunath Sharma, was a caretaker of a transport firm storehouse.

Rohit Sharma is an Indian cricketer who represents the country in international cricket. When it comes to domestic cricket, the player plays first-class cricket for Mumbai Indians. The player made his List-A debut in 2006 at the age of 19. The right-handed batsman is also the present vice-captain of the Indian cricket team in limited-overs cricket. The player is also popularly known as the captain of Mumbai Indians.

The player is popularly known for his aggressive batting style through which he believes in taking charge of the bowler. Due to the same batting style, Rohit holds the record of hitting three double centuries in ODIs. The player also holds the record of scoring the most runs in a single innings that was 246. Due to his aggressive style, Rohit is popular as ‘Hitman’ among the fans.

Rohit Sharma was honored with the Arjuna Award in 2015. The cricketer married his long-time girlfriend Ritika on 13th December, 2015 in Mumbai, where many Bollywood and cricket world personalities joined the celebration. The 33-year old has a daughter named Samaira Sharma.