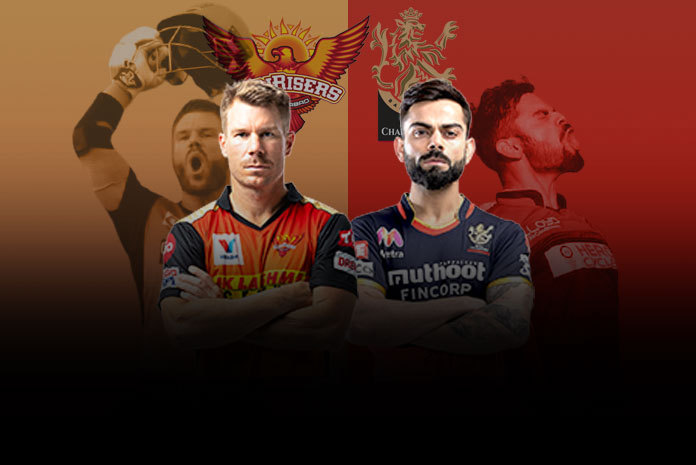 The Indian Premier League is back in action and it has not disappointed anyone as the first round of matches was full of action with boundaries and wickets coming at regular intervals. Defending champions Mumbai Indians and three-time champions Chennai Super Kings were on the losing side on the first two days signifying the unpredictability and competitiveness of the league.

The second match of the second round of IPL 2021 will witness a fierce battle as the fans get to watch the replay of last edition’s ‘Eliminator’ with Sunrisers Hyderabad and Royal Challengers Bangalore squaring off on Wednesday.

Sunrisers Hyderabad started their IPL 2021 season on the wrong foot as they lost to Kolkata Knight Riders by 10 runs. The Trevor Bayliss-coached side had to get on the field with a partially fit David Warner and the skipper was missing two key overseas players in Kane Williamson and Jason Holder as well. With Holder available for the next match, the Caribbean all-rounder can come in for Mohammed Nabi.

The Hyderabad squad is well stacked in every department and they can replace Sandeep Sharma with Abhishek Sharma to maintain the balance of the playing XI. Kedar Jadhav could also make his debut for SRH if another spin-bowling all-rounder is deemed as a requirement for the spin-friendly pitches of Chepauk Stadium in Chennai.

After losing five matches on a trot towards the business end of the 2020 edition of the IPL, Royal Challengers Bangalore started their IPL season with a victory against five-time champions Mumbai Indians. Skipper Virat Kohli would be hoping that his side maintains the momentum and bags their second consecutive win on Wednesday.

The Simon Katich-coached side handed out debuts to the big-money acquisition duo of Glenn Maxwell and Kyle Jamieson with domestic circuit star Rajat Patidar also making his debut for the Royal Challengers. Bangalore also welcomed back Dan Christian and Harshal Patel strengthening their side even further as the latter took a five-wicket haul in the season opener.

The Bangalore playing XI was quite balanced against Mumbai but with regular opener Devdutt Padikkal returning to the fold, Shahbaz Ahmed might sit out of the next match whilst the remaining players are expected to retain their places in the team. 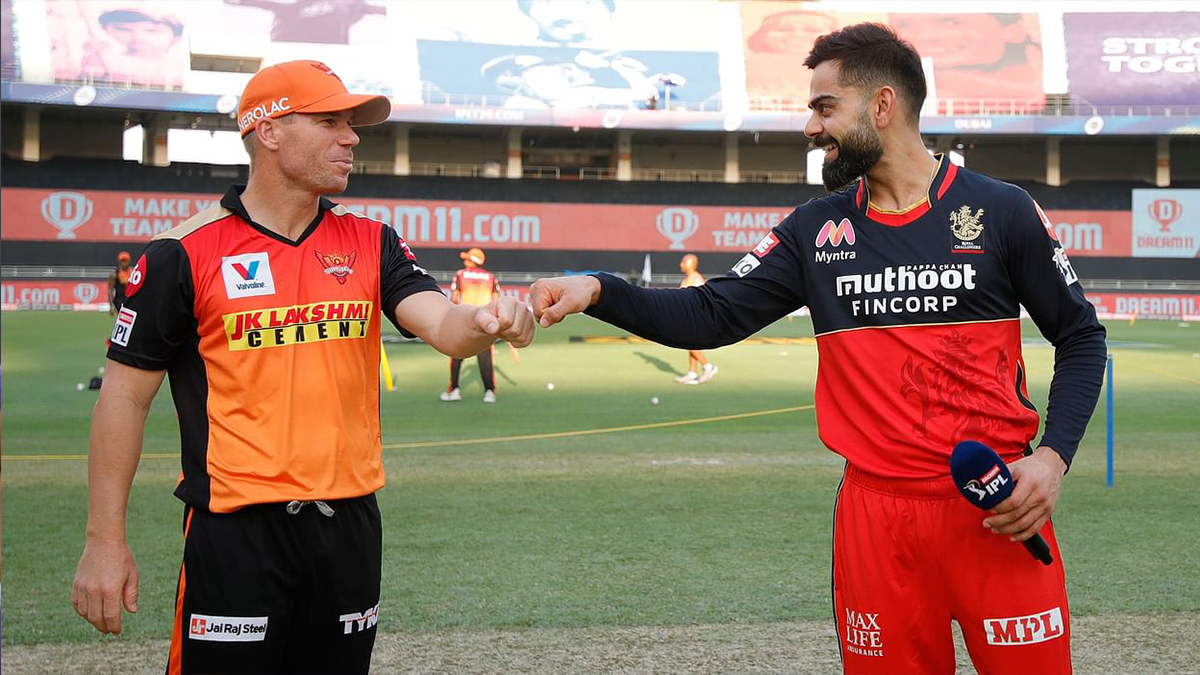 David Warner and Virat Kohli during the toss in IPL 2020

Since the start of the 2013 season when Deccan Chargers was rebranded as Sunrisers Hyderabad, Royal Challengers Bangalore and the Hyderabad-based franchise have played 18 matches with two of those encounters taking place in the playoffs stage.

The Sunrisers have the edge over the Royal Challengers in the head-to-head record as SRH has won 10 of the 18 matches between the two top teams while RCB has only won 7 of the 18 encounters with one match getting abandoned without a ball being bowled.

Hyderabad also has the edge in the crucial matches between the two sides as they won the 2016 IPL final between the two teams by 8 runs and won the ‘Eliminator’ in the 2020 season as well. RCB would be looking to avenge their losses and come out on top at the Chepauk Stadium on Wednesday.

SRH vs RCB is a match you cannot afford to miss simply because of the stars of the cricketing world involved but also because of the competitiveness of both teams. Bangalore has the momentum on their side but a hurt Hyderabad side can win their first 2 points on Wednesday if Warner fires his team to glory.