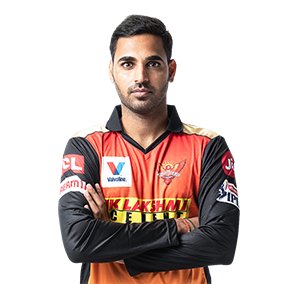 Bhuvneshwar Kumar made its debut against the Pakistan cricket team. After giving the best performance in his debut match, he was picked for the 2013 Champions League. After this, Bhuvneshwar never looked back and has always been a regular part of the Indian cricket team.

In 2014, Lord’s honors board displayed the name of Bhuvneshwar Kumar. The player was expected to lead the Indian pace attack but could not play more than one match due to fitness issues. But, Bhuvi made an impressive comeback by giving the best performance in the 2017 Champions Trophy.

When it comes to records, Bhuvi scored 38 runs against Australia in 2013, the highest by an Indian number 10 on debut. He is also the fastest number 9 Indian player to get three half-centuries in a single series.

Bhuvi’s father, Kiran Pal Singh, is a Sub-Inspector, and his mother, Indresh Singh, is a homemaker. After seeing the talent in Kumar, his elder sister Rekha Adhana encouraged him to play the game. She also took him to his first cricket coaching center. In 2017, Bhuvneshwar Kumar announced that he was in a relationship with Nupur Nagar, and at the end of the year, the couple got married. Nupur is an engineer by profession.