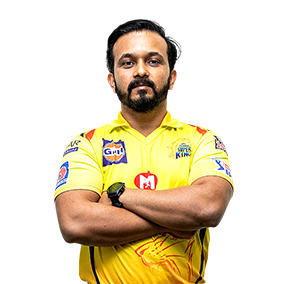 Kedar Mahadev Jadhav, also known as Kedar Jadhav is an Indian cricket player who plays for the national team and represents Chennai Super Kings for the domestic matches. Kedar started as being a great batsman with a solid and aggressive technique to lead the team to victory.

He keeps on scoring runs in the first-class career over the years, but he did not get the spot for the test format with a great competition for the national team. After that, he started working on his skills and focused on enhancing his batting performance.

Kedar also started working on his bowling skills and evolved himself into a great cricketer, whether being a batsman or a bowler for the team. He started his cricketing career at PYC Hindu Gymkhana and got selected for the Under-19 Maharashtra Team in 2004.

Kedar Jadhav made his first IPL debut in 2010 for Delhi Daredevils, where he scored a half-century for the team. In the 2018 IPL season, Chennai Super Kings bought him for 7.8 crores, and he is a significant player on the squad.