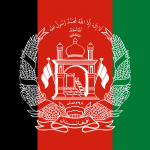 Rashid Khan Arman is a cricketer from Afghanistan and the current vice-captain of the National Team. He plays for Sunrisers Hyderabad in the Indian Premier League (IPL), Adelaide Strikers in the Australian Big Bash League (BBL), Lahore Calandars in the Pakistan Super League (PSL) and Band-e-Amir Dragons in Afghanistan. He bowling style Right-arm leg break and batting style right-handed.

At 17 years old, Rashid Khan made his ODI tour of Afghanistan debut in Zimbabwe in October 2015. A half year later, while touring Zimbabwe in February 2017, the top-notch leg spinner received the highest ever bid for an IPL auction.

Rashid was one of eleven cricketers who played in Afghanistan’s first ever Test match against India in 2018. He returned the most expensive figures in bowling in his debut match against India. He led the team in the one-off Test against Bangladesh in September 2019, and in a period of 20 years and 350 days became the youngest cricketer to captain a team in a Test match.