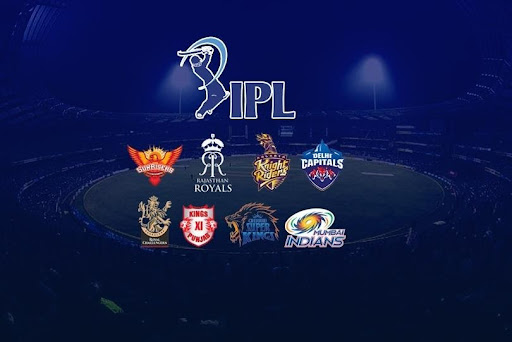 Chasing the target of 157, CSK reached the target with 11 balls and 6 wickets to spare. CSK openers, Ruturaj Gaikwad and Faf du Plessis scored 38 and 31 respectively.

Earlier, RCB posted a total of 156 in 20 overs with Devdutt Padikkal 70 (50) as the top scorer for RCB. The skipper, Virat Kohli also registered his half-century.

Dwayne Bravo and Shrdul Thakur were the top wicket-takers from CSK, picked up three and two wickets each. 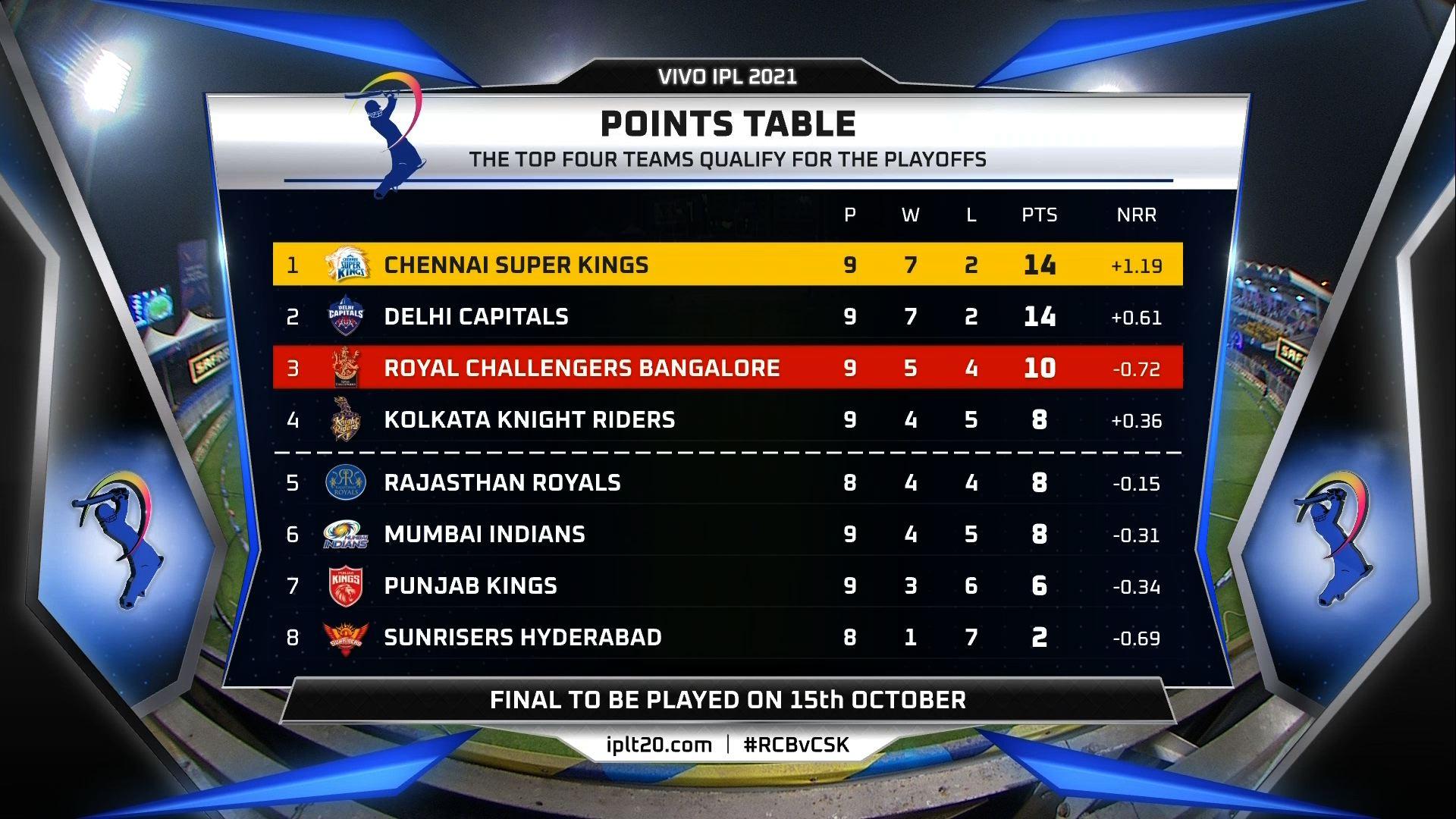 CSK after beating RCB in their recent encounter has occupied the top spot in the points table. The Chennai-based franchise has earned 14 points in the 9 games they have played so far.

However, the run rate of CSK is inferior at this stage. RCB is at third in the race with 10 points just above KKR, who are positioned fourth with 8 points.

Rajasthan Royals are fifth on the table with 8 points following Mumbai Indians who also have eight points.

Punjab Kings are seventh while SunRisers Hyderabad is at the bottom of the points table with only one victory in 8 games.

Shikhar Dhawan is currently leading the orange cap race with 422 points in the nine games. PBKS skipper, KL Rahul is right behind him with 380 runs.

Faf du Plessis scored 31 runs against RCB and is standing in the third spot with 380 runs.

Mayank Agarwal is fourth with 327 runs while Ruturaj Gaikwad from CSK is fifth with 322 runs.

Harshal Patel from RCB keeps holding the purple cap after picking up two wickets against CSK to make a total of 19 wickets in the tournament so far.

He is followed by DC’s Avesh Khan in the second spot with 14 dismissals.

RR’s Chris Morris stands in the third position with 14 wickets while PBKS’ Arshdeep Singh is in fourth place with 12 wickets, followed by SRH’s Rashid Khan who also has 11 wickets in his account.