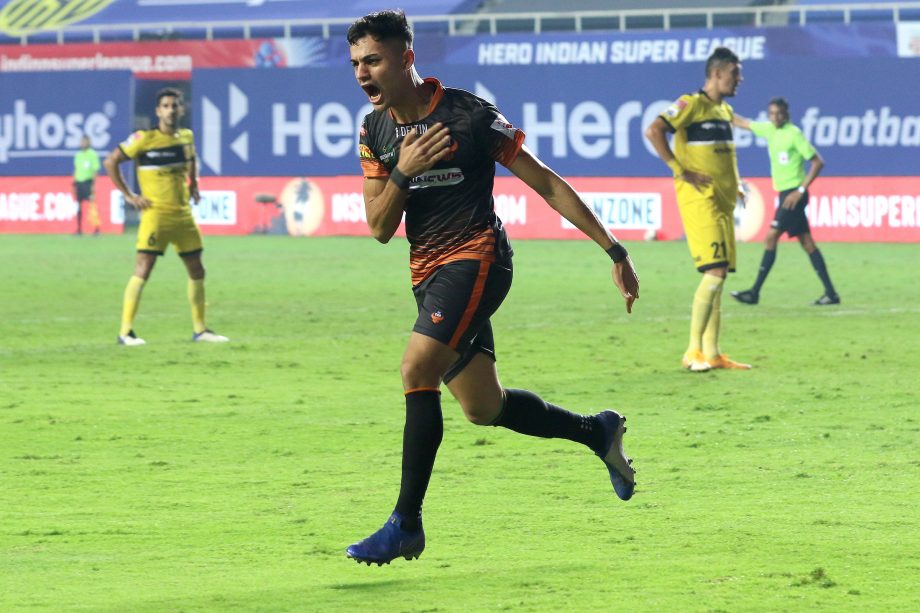 Tilak Maidan Stadium in Vasco was the venue for one of the most interesting and pivotal matches of the 2020-21 Indian Super League season as Hyderabad FC hosted FC Goa.

The last ISL match of 2020 was marked with some aplomb performances as Aridane, Igor Angulo, Brandon Fernandes, Jorge Ortiz, Akash Mishra, and Asish Rai enjoyed a great day on the field.

The Gaurs defeated the Nizams 2-1 with Ishan Pandita canceling out Aridane’s goal from the bench before Igor Angulo hit the ball in the back of the net in injury time crowning himself as the king of Goan hearts with yet another winner.

It was a night of many positives for Hyderabad as three of their overseas players returned from injury. While Joel Chianese played the entirety of the first half after missing five straight matches, Lluis Sastre and Fran Sandaza were introduced by Marquez with less than half an hour left on the clock as the Spanish duo built up to full match fitness with crucial minutes in a competitive environment.

Another one of their overseas player, a new signing in Dutch attacking midfielder Roland Alberg is currently undergoing the mandatory quarantine period in the Hyderabad FC team hotel and will be available for selection soon.

After losing two matches to ATK Mohun Bagan FC and Chennaiyin FC in a space of three days, FC Goa has bounced back with two very similar wins as Igor Angulo netted the winner against Jamshedpur FC in the fifth minute of injury time as well.

Juan Ferrando seems to have found a settled starting XI as ten players were retained in the starting line-up from Jamshedpur’s win with Lenny Rodrigues stepping in for the young Princeton Rebello.

The first half was a cagey affair as both sets of midfielders struggled to break each other down with Odei Onaindia and Ivan Gonzalez also shining out at the back for their respective teams. The best chance of the first half was created by Brandon Fernandes as the Goan No.10 danced around Asish Rai before delivering an excellent cross for Igor Angulo who headed just over the crossbar. 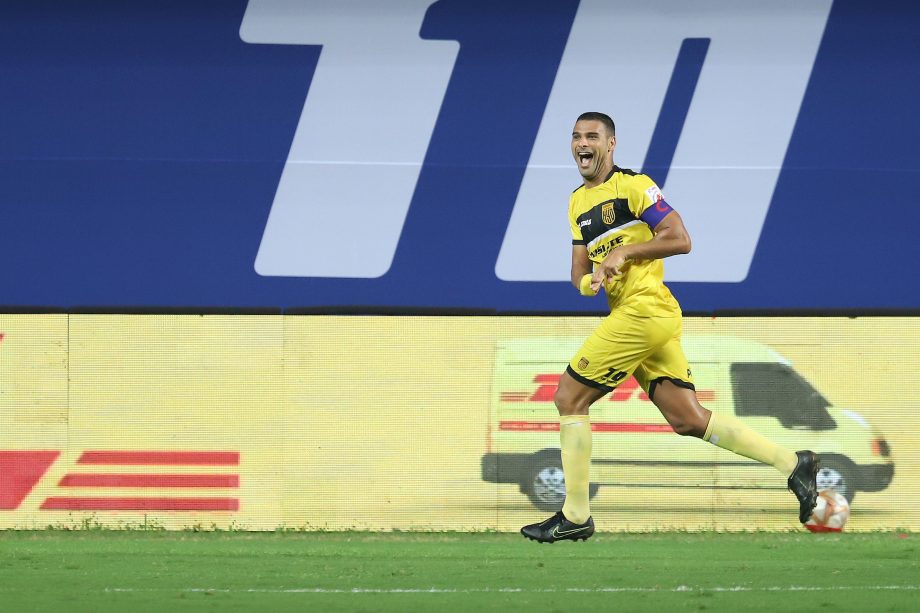 In the 58th minute, Asish Rai ran up the right flank and crossed into the box finding Aridane who found the back of the net in return as Hyderabad opened the scoring on the night.

Three minutes later, a good exchange of passes involving the electric Mohammed Yasir saw Aridane through on goal but the Spaniard’s shot was deflected onto the crossbar by an excellent fingertip save from Mohamad Nawaz.

When it felt like Hyderabad FC have sealed the win and go level on points with Bengaluru FC in fourth and just a solitary point behind Jamshedpur FC in third with a game in hand, the Gaurs stole the victory from Manolo Marquez’s hands.

Despite many star players departing the club in the off-season, the Gaurs have enviable squad depth and Juan Fernando showcased it once again bringing on the likes of Ishan Pandita and Alberto Noguera from the bench who ultimately had a hand in deciding the result.

Ishan Pandita, an 85th-minute substitute headed home neatly from an Edu Bedia free-kick just 2 minutes and 27 seconds after coming onto the field. The looping header from the young Pandita is one of the finest headers witnessed in this season of the ISL.

In the first minute of injury time, Alberto Noguera needled in an excellent pass through to Angulo who surprisingly cut in on his weaker right foot and surprised the goalkeeper with a low shot which hit Nawaz’s gloves and crossed the line handing the three points to Ferrando’s side.

Igor Angulo, the usual hero for FC Goa stepped up once again in injury time and scored the vital winner helping the Gaurs to leapfrog straight into the third place in the ISL 2020-21 points table.