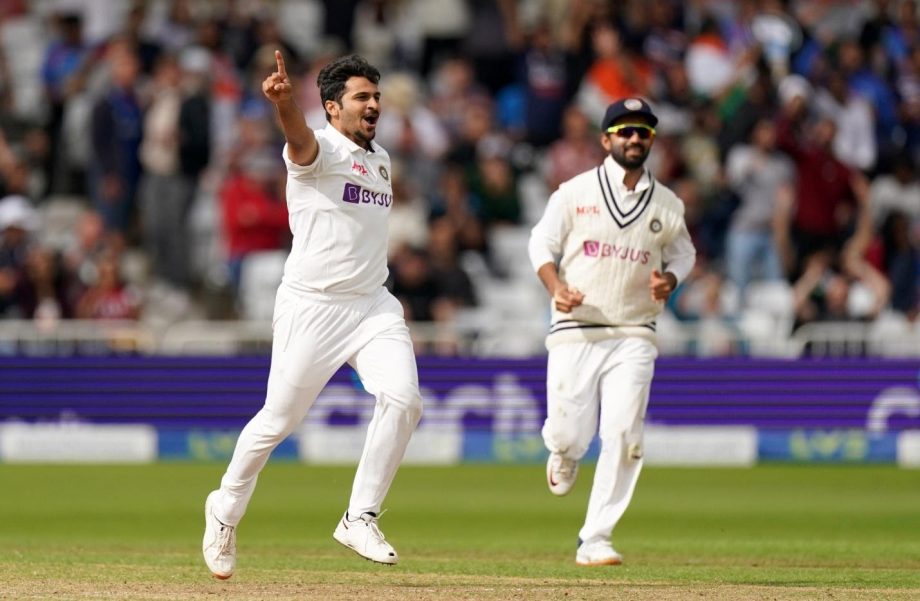 Indian right-arm pacer, Shardul Thakur was ruled out from the second Test against England following a hamstring injury, confirmed by Indian skipper, Virat Kohli, on the eve of the Test.

Indian pacer, Shardul Thakur dropped out of the second test against England due to a hamstring injury. Indian captain, Virat Kohli confirmed the news during his press conference on Wednesday.

Indian skipper is hopeful that Shardul will be available for the third test at Headingly. Thakur provided four wickets in the first test, two in each innings but he couldn’t perform with the bat.

However, Thakur’s unavailability may up open the door for Ravichandaran Ashwin or the seamer, Ishant Sharma. Thakur was the fourth pacer in the first test.

“Good thing is that Jadeja has got runs in the first Test already and he is going into the second game confident that already makes our batting deeper, the lower order contributed with a bat a well,”

Kohli said at the press conference.

“Yes, Shardul brings in more batting ability but having said that from the batsmen’s point of view, we are well placed because Pujara, Jinx (Rahane), and myself I didn’t score too many.”

“Every game is an opportunity for other batters to step up as well, Rohit and KL (Rahu) played very well and we are very comfortable with how we are placed as a batting unit, and we don’t feel that we will be a batsman short if Shardul doesn’t play.”

Kohli stressed finding a “perfect balance” in the XI with the Thakur not available for selection.

“For us, it’s about finding that perfect balance but if someone like Shardul is not available, then we definitely need to think how to pick up 20 wickets and not try to plug in another guy, who can give us some runs with the bat,”