IPL 2021: Here We Answer Your Frequently Asked Questions About The IPL 2021 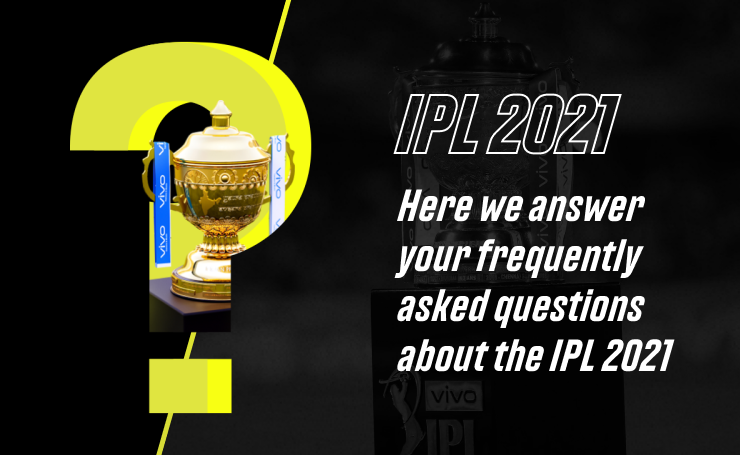 With the announcement of schedule for IPL 2021, IPL governing council on Sunday (7th March) also informed that the league will commence in India across six cities i.e. Ahmedabad, Bengaluru, Chennai, Kolkata, Delhi & Mumbai. No home & away venues are planned this time, unlike previous editions.

After two years of long break, IPL will be coming back to home ground as the pandemic forced IPL 2020 to be shifted to UAE. For the benefit of players & staff, the fixtures are planned in such a way that each team will have to travel only three times during league stage, which will in turn reduce the risk of infection. Also, the matches in the beginning will be played without any spectators & the call to sell the tickets will be taken on a later stage.

Adding on to this, the new schedule & format has left some franchise unhappy with the decision. Some of them have presented a counter argument that some players of certain states in some teams might be at an advantage playing at certain venues. For example, Some players from Delhi capital like Prithvi Shaw, Ajinkya Rahane & captain Shreyas Iyer will be in advantage when their matches will be played in Mumbai. The argument is still going on but officials also believe that this IPL format is much safer for the players & the staff.

IPL 2021: Here We Answer Your Frequently Asked Questions About The IPL 2021

Undoubtedly, the IPL is one of the biggest tournaments in the world, the spectacle of which attracts cricket fans from all over the world. In turn, fans have many questions in the run-up to this unrivalled tournament.

Parimatch News has compiled the most pertinent questions in the run-up to it and answered them for you. Everything you might want to know about IPL 2021 is compiled in this piece.

Mumbai Indians and Royal Challengers Bangalore will clash in the opening match of the IPL 2021 tournament.

The IPL 2021 tournament will be played over 51 days across six venues in India.

The IPL 2021 tournament will be played across six venues in New Delhi, Kolkata, Bangalore, Mumbai, Chennai and Ahmedabad.

8. Where will the knockout matches of IPL 2021 be played?

The Narendra Modi Stadium in Ahmedabad, which also happens to be the world’s largest cricket stadium terms of seating capacity, will host the knockout stage of IPL 2021.

The final of IPL 2021 will be played at the Narendra Modi Stadium in Ahmedabad on May 30.

A full article explaining how to watch IPL 2021 for free will be available on Parimatch News.

The full IPL 2021 match schedule will be available on Parimatch News in the IPL category.

No, IPL 2021 will feature teams from the previous season. However, two more teams will join in 2022.

15. Who was the costliest purchase by any team in the IPL 2021 auction?

Punjab Kings spend INR16.25 crores for South African all-rounder Chris Morris which happens to be the highest ever paid by any franchise for any player across all auctions in IPL history.

16. Which teams will be playing their matches at home venues in IPL 2021?

None of the eight IPL teams will be playing their league matches at their home venues. All of the participating teams will have to play at neutral venues before moving to Ahmedabad for the knockout stage of IPL 2021.

17. Will crowds be allowed to attend IPL 2021 matches in stadiums?

The Indian cricket board is likely to keep IPL Twenty20 won a closed-door affair despite getting permission for crowds to be allowed for the final three Tests as well as the limited-overs leg of England’s tour of India 2020-21.

At the moment, the points table is as follows. However, Parimatch News will provide a live IPL points table with timely updates of all the data.