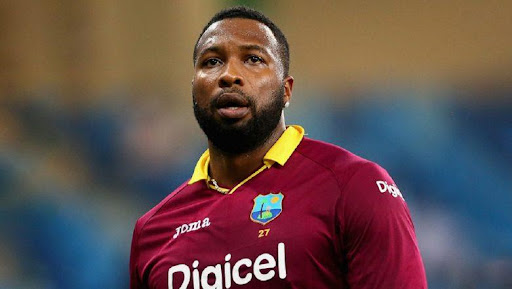 In the recent column for International Cricket Council (ICC), the former West Indian spinner Samuel Badree pointed out that there are shortcomings in the West Indian squad for the T20 World Cup.

Samuel Badree, the former West Indian spinner pointed out the shortcomings in the West Indian T20 World Cup squad in a column written for ICC.

Sunil Narine could not find a place in the squad even though he performed well enough for KKR in the recently concluded Indian Premier League (IPL).

He picked up 13 wickets after the UAE leg of IPL started and his cameo with the bat against RCB took his side past the Eliminator.

Narine has not featured in any International game for West Indies since 2019 which means they have looked past him for the World Cup.

Hayden Walsh Jr is picked up as the specialist spinner alongside Roston Chase and Fabian Allen to bowl a couple of overs.

“They have the one frontline spinner, Hayden Walsh, who had an exceptional home series quite recently. He didn’t have a good Caribbean Premier League and going into this tournament, his form is not the best and his confidence might not be the best…If the power hitters like Evin Lewis, Chris Gayle and Andre Russell can get the team to over 200 runs consistently, that area of deficit can be ignored. But if we don’t score those types of runs, the bowling will be found out and the spin bowling in particular,”

Read here: How Pakistan get their hands on the biggest deal ever

Having said that by Samuel Badree, the West Indian skipper Kieron Pollard, on Saturday (October 16) backed his spinning department even if they lack experience.

“In the recent past, for whatever reason, finger spinners have come back into favour. They have more control in different and difficult situations as well as to where they want to put the ball where it’s needed…We have a couple of finger spinners in our armoury as well and hopefully, we can maximize the dimensions of the ground and whatever spin is there at any given time, he can use that. Yes, our spinners might not be experienced, but that can work in our favour.”

A lot of West Indian players who got selected in the T20 World Cup squad were in UAE before the mega event to participate in IPL 2021 and it was their perfect preparation.

Having accustomed to the surfaces and adapting to the conditions of UAE as soon as possible will be the key to win the matches for all the teams.

“It was good, not only us but all the players who are involved in this World Cup to get a feel for what UAE has to offer. I’m sure some interesting stats, comparisons, some different kinds of trends may have come out of the recently-concluded IPL…For us, most of our guys got the opportunity to play in the IPL in the UAE. Trying to start on a positive note and get the first points and see what happens after that,”

The veteran left-hander, Chris Gayle was in UAE for Punjab Kings but he left the bio-bubble earlier citing a mental break.

The Universal Boss only needed 97 runs to become the highest run-scorer in World Cup events. However, this year has been a crucial one for Gayle as he scored 277 runs in 16 matches with an average of 17.46.

“No words to describe what he has done for us in T20 cricket or World Cups or T20 World Cups. The guy with the most amount of runs, the most amount of sixes, the fear that he instils in bowlers when he’s standing at the opposite end. So he may be 97 runs away but I don’t think he’d be looking at that…If a guy who enjoys himself in any situation can’t take it, then it may be difficult for some of us. Hopefully, he comes and delivers for us,”