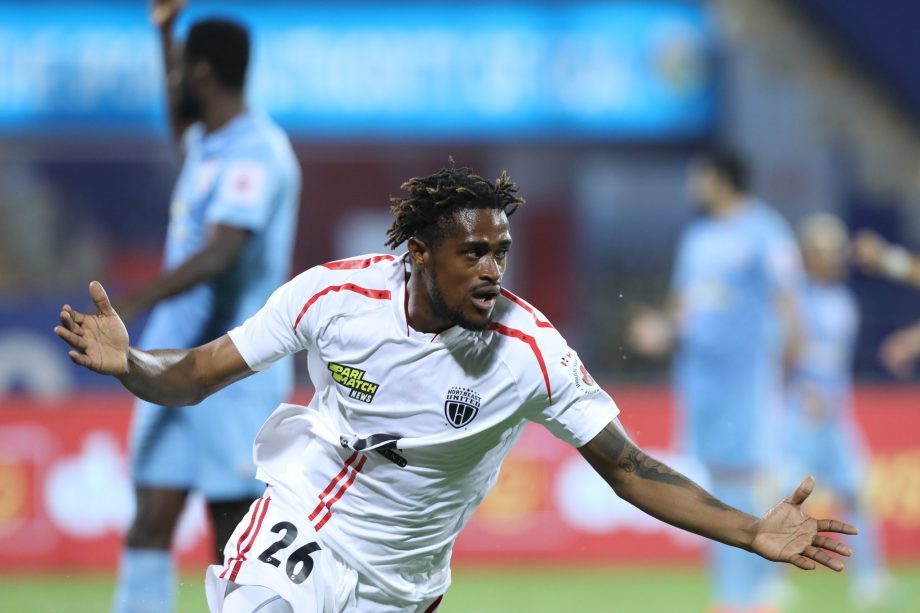 The Indian Super League league stage is getting more intense by the day as dark horses NorthEast United FC and Hyderabad FC are on a roll while fan favorites Kerala Blasters FC and Bengaluru FC are looking down and out after their respective winless runs.

This weekend of football in the ISL saw crucial braces from both Deshorn Brown and Roy Krishna as they downed their oppositions clinically to win their respective sides 3 points each. 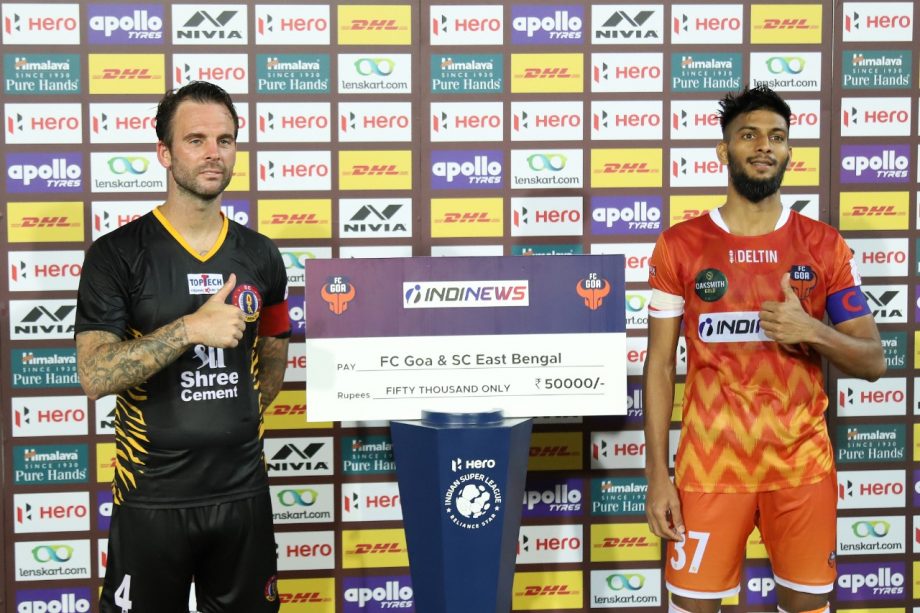 FC Goa manager Juan Ferrando ringed a number of changes in his starting line-up as Dheeraj Singh and Adil Khan made their debuts for the club while Igor Angulo returned to the starting XI after three matches. SC East Bengal head coach Robbie Fowler also made 5 changes to the side that lost 1-0 to Mumbai City FC with Bright Enobakhare, Jeje Lalpekhlua, Md Rafique, Ajay Chhetri, and Rana Gharami returning to the starting XI.

The Gaurs started with an all-Indian defense and erred in the first 20 seconds of the match giving away a needless penalty which was squandered wide by Anthony Pilkington. While East Bengal was the more threatening side in the first half-hour of the match, Jorge Ortiz came the closest to scoring a goal as his free-kick was palmed onto the bar by Debjit Majumder in the 37th minute. Eventually, Alberto Noguera’s through ball helped Angulo helped finish past a helpless Majumder who saw his side go into the half-time break a goal down.

In the second half, Edu Bedia fouled Pilkington twice in a space of four minutes receiving the yellow card for both the unnecessary tackles, and the Gaurs skipper was sent off by the referee. Before the second yellow card, East Bengal skipper Danny Fox came up with a calm finish to help his team score their first goal in three matches.

The match ended 1-1 with the young Dheeraj Singh coming up with a couple of crucial saves to help the 10-men FC Goa side salvage a point. 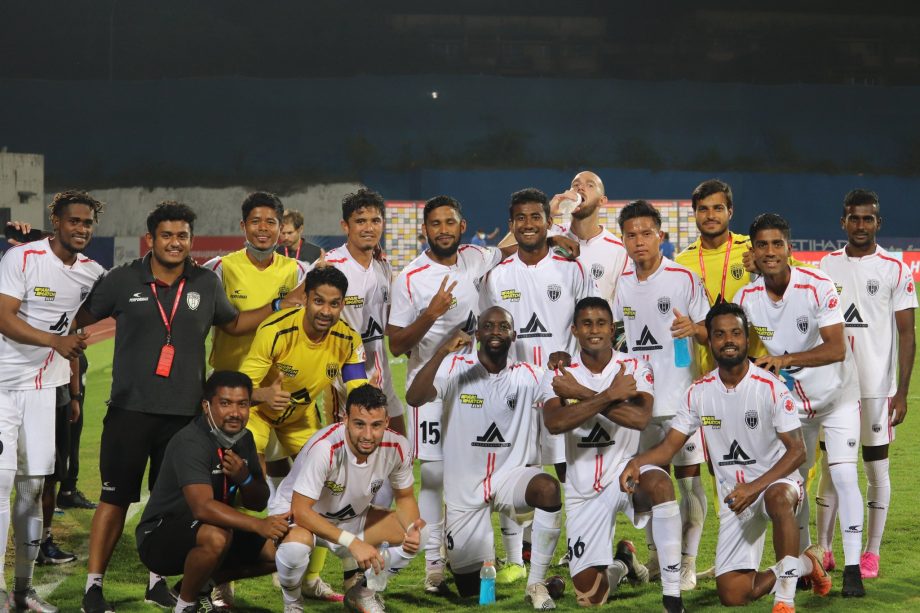 The only team to beat Mumbai City FC this season completed a double over the league leaders as the Highlanders won three consecutive matches for the first time in ISL history.

Deshorn Brown was the hero for Khalid Jamil’s side as the striker volleyed the ball twice in the back of the net before the clock struck the ninth minute. The 30-year old Jamaican forward could have had a hat-trick within the first 19 minutes of the match but he miscued a shot wide after a precise through ball from a player in white.

In the 85th minute, Adam le Fondre scored a goal that gave the Islanders some hope but their unbeaten run was eventually ended as they went down 1-2 to the Highlanders.

Hyderabad FC ended January with style as they completed a double over two-time champions Chennaiyin FC extending their unbeaten run to 7 matches.

Fran Sandaza opened the scoring for the Nizams as he exchanged a one-two with Joao Victor and the Brazilian midfielder threaded a beautiful through ball for the striker who rounded the goalkeeper off beautifully.

In the 67th minute, Chennaiyin’s Tajikstani winger Fatkhullo Fatkhuloev was on the end of a low cross but the 30-year old hit the crossbar instead of slamming it in the back of the net. Within the next ten minutes, Edwin Sydney Vanspaul and Rahim Ali failed to get their shots on target  as the Marina Machans failed to equalize in a crucial moment of the match.

Joao Victor got his second assist of the match as Joel Chianese hit the back of the net in the 82nd minute to put the result beyond any doubt. 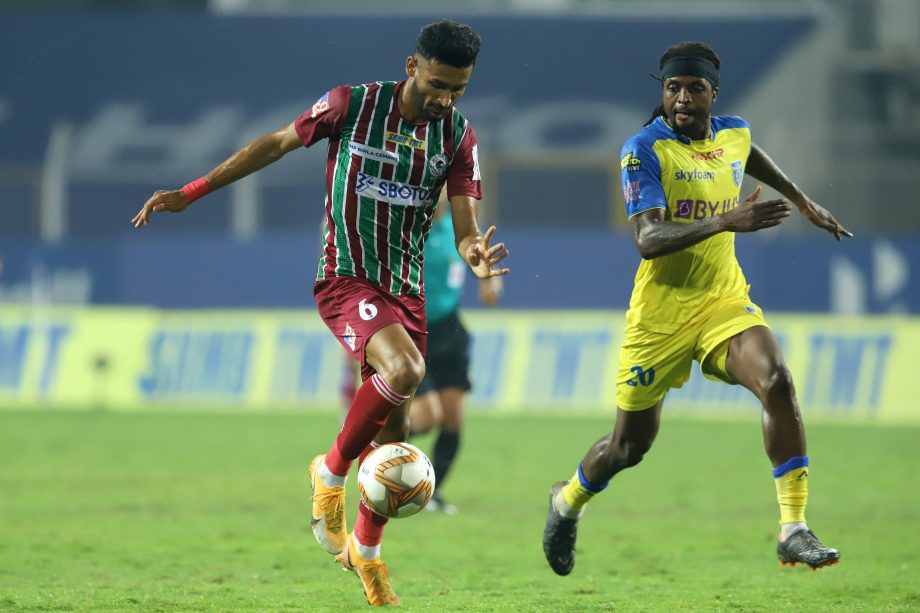 ATK Mohun Bagan FC staged a comeback for the ages as they came from 2 goals down to close the gap at the top of the table to just 3 points.

Gary Hooper opened the scoring in the 14th minute as he spotted Arindam Bhattacharja off his line and chipped the goalkeeper from 30 yards scoring his third goal of the season. 5 minutes into the second half, the Blasters skipper Costa Nhamoinesu doubled his team’s lead with a scramble in the penalty area from a corner kick helping the Zimbabwean’s cause.

At the hour mark, debutant Marcelinho was at the end of a great pass from Manvir Singh and then finished calmly past Albino Gomes to pull one goal back. Four minutes later, a handball from Jessel Carneiro gifted a penalty to the Mariners which was converted by Roy Krishna.

The Fijian striker completed the comeback as he cut in from the right, onto his left foot, and took his goal tally to 9 for the season, just one behind Igor Angulo’s 10.