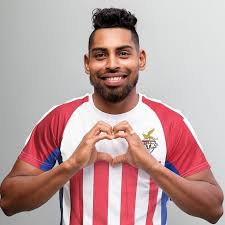 Fijian footballer Roy Krishna first made the headlines with his performances in the New Zealand Football League, but his best phase was in the A-League. Having played over 100 games for them, he can be considered as a local hero in Wellington. After six glorious season, the prolific goal-scorer arrived at the country he has his roots in – India.