Mumbai wins on penalties to go through to the ISL final 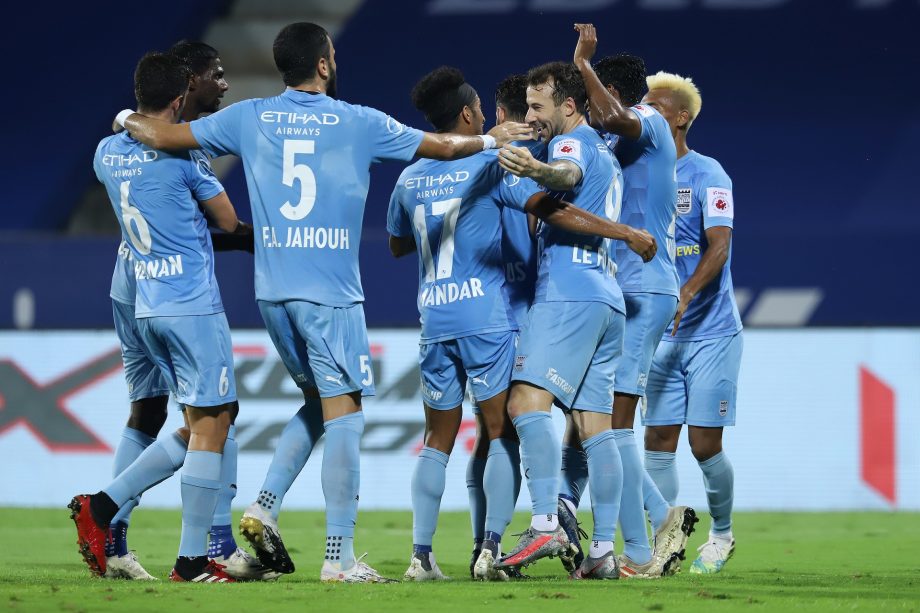 After a 0-0 scoreline on the night and 2-2 on aggregate, Mumbai City beat Goa 6-5 on penalties as Rowlin Borges proved to be the hero on the night with his penalty buying Mumbai the ticket to their first-ever final in ISL history.

The Gaurs head coach Juan Ferrando made three changes to the team that drew 2-2 against Mumbai City in the first leg of the semi-final. The injured duo of Seriton Fernandes and Princeton Rebello made way for Ivan Gonzalez and Redeem Tlang with Alberto Noguera replacing Igor Angulo in the playing XI.

On the other hand, the Islanders head coach Sergio Lobera made three changes to his team as well from the first leg of the semi-final. Amey Ranawade, Rowlin Borges, and Hernan Santana replaced the benched trio of Mandar Rao Dessai, Mehtab Singh, and Bartholomew Ogbeche.

The first half was largely a cagey affair with Goa’s defense, especially Adil Khan on top of every Mumbai City attacker trying to break through the lines. Goa had 2 shots on target in the first half compared to Mumbai’s 0 but the Islanders looked dangerous whenever they tried to pierce through the Gaurs defense.

At the start of the second half, a great pass from Saviour Gama found Alexander Romario Jesuraj open in the middle of the penalty area and Amrinder Singh did well to put his fingertips on the winger’s low drive and help the ball hit the post before going out for a corner.

Just after the hour mark, an end-to-end move saw Adil Khan allegedly put his hand on the ball while sliding in to block a shot and a counter-attack developed which saw Amrinder pull out another great save to deny Ishan Pandita his fifth goal of the season.

Many scrappy fouls and fights followed in the next thirty minutes with both sides preferring to avoid a defeat in normal time and both managers, especially Sergio Lobera looked happy enough to take the match into extra time.

A long-range Saviour Gama shot and a diving header from Pandita forced Amrinder to pull out a couple more excellent saves from his bag to preserve Mumbai’s clean sheet on the night. Deep into injury time, a precisely delivered Edu Bedia free-kick could have met James Donachie’s head in the six-yard box but the Australian defender failed to get himself in the right position thus taking the match into extra time.

In extra time, big names like Ogbeche, Angulo, and Brandon Fernandes came on as substitutes but none was able to find an opening and the match went on to penalties. Interestingly, both goalkeepers Dheeraj Singh and Amrinder Singh were replaced by Naveen Kumar and Phurba Lachenpa as both managers retorted to their penalty kick specialists for the shootout.

While Goa skipper Edu Bedia took a poor penalty which was easily saved by Lachenpa, Mumbai skipper Ogbeche easily slotted the ball in the back of the net with Naveen Kumar going the wrong way.

Brandon Fernandes was aiming for the bottom corner of the goal but ended up hitting the post as the Gaurs missed their second consecutive penalty. Hernan Santana stepped up for Mumbai next and ended up producing a poor shot which was easily saved by Kumar.

Angulo slotted the ball in the right bottom corner giving Lachnpa no chance of making a save as the Gaurs equalized in the penalty shootout. Hugo Boumous was next and he decided to go through the middle and Kumar stood tall and punched the ball away.

Gonzalez gave Goa the lead as his shot hit went in the top left corner giving no chance to Lachenpa and Raynier Fernandes also hit the ball in the back of the net after a stuttering run-up which confused Kumar in goal.

Donachie stepped up for Goa next and the defender skied his effort giving Ahmed Jahouh a big chance to help Mumbai City qualify to the ISL final for the first time. The former Goa midfield lynchpin stepped up and produced a good shot but Kumar was more than equal to it as he produced a magnificent save to keep his side in the match.

Ishan Pandita hit a great penalty in the corner which was followed by Amey Ranawade hitting the back of the net as the deadlock continued on the night.

Jorge Ortiz taking his first-ever professional penalty hit the back of the net with full confidence as Lachenpa’s early heroics were forgotten by this point in the match. Mourtada Fall hit the bottom left corner not even allowing Kumar to move an inch as the scoreline was equalized once again on the night.

Adil Khan’s penalty wasn’t the best you would see in professional football but it hit Lachenpa’s hand and deflected into the back of the net. Former Goa skipper Mandar Rao Dessai stepped up and hit the right corner giving no chance to Kumar once again.

Glan Martins successfully sent the goalkeeper the wrong way but he side-footed his penalty well wide of the wrong side of the post. Rowlin Borges had all the pressure of the world on his shoulders and the reliable midfielder stepped up to deliver as he calmly hit the left bottom corner with Kumar diving towards the right.

Sergio Lobera’s Mumbai City will now face either NorthEast United or ATK Mohun Bagan in the final of the Indian Super League on Saturday at the Fatorda Stadium.