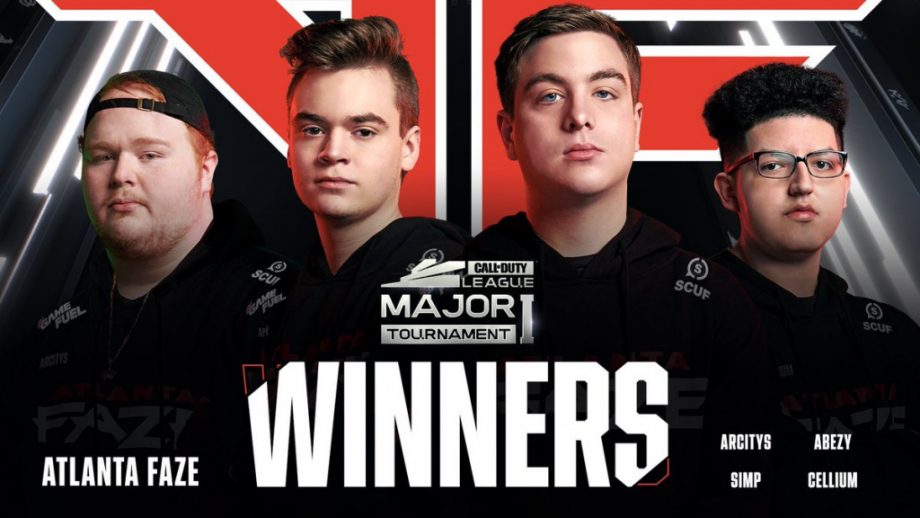 It’s underway. The first major of the 2021 season of the Call of Duty League, the CDL Stage 1 Major, has been wrapped up. And it’s Atlanta FaZe that has triumphed in an emphatic manner. The dominant Atlanta FaZe team flew their way past Dallas Empire in the Grand Final of the competition, to a sweeping victory.

Although they are one of the highest-ranked Call of Duty teams in the CDL this term, nobody really expected Atlanta FaZe to be as ruthless as they have been. They demonstrated their true prominence and sheer consistency in what was pretty much an unstoppable and flawless run through to the Stage 1 Major victory.

They swept past their opponents in their opening two matches of the competition, which included a matchup against the other eventual finalist, Dallas Empire. Those two victories saw them breeze past the Winners Bracket and cement their place in the ultimate Grand Final, where a sense of Dejavu kicked in, as their opponent was again the Dallas Empire. Complacency was the only thing that could derive the FaZe from their path to glory, but they showed up as determined as ever and took their revenge on the Empire for the Champs Grand Final defeat last year. In that match, Dallas Empire ripped apart the Atlanta defences to become victorious in the inaugural competition.

The recent series in the CDL Stage 1 Major final, though, wasn’t close or exciting enough for neutral fans. FaZe came out on top in each of the first 3 maps, before Empire could even get their name on to the board. From there on in, it was smooth sailing for the remainder of the series as well for FaZe. They finished the best-of-nine grand final series within the first 7 rounds, with an emphatic 5-2 scoreline, and secured their first Major victory of the 2021 season.

The first three games were a walk in the park for FaZe. It began with a ruthless showing on the Moscow Hardpoint. They followed it up with a pair of simple-ish victories on both S&D and Control. The win in the Garrison Control must be praised specifically, simply because it is considered to be one of the hardest maps for teams to win by attacking. More often than not it’s the team on the defense that comes out victorious in it. But Atlanta FaZe stormed through the Empire defence with a pitch-perfect and tactically brilliant attack.

Right when it was getting embarrassing for the Empire, they finally hinted at a comeback by getting on the scoreboard. They earned a dominant Hardpoint of their own, with an emphatic 250-104 on Checkmate. But the lack of continuation of that glimpse of form was a major problem for Dallas, and they eventually came short in replicating that level of performance in the remaining parts of the series. FaZe did a demolition job in S&D, with a dominant 6-1 scoreline. 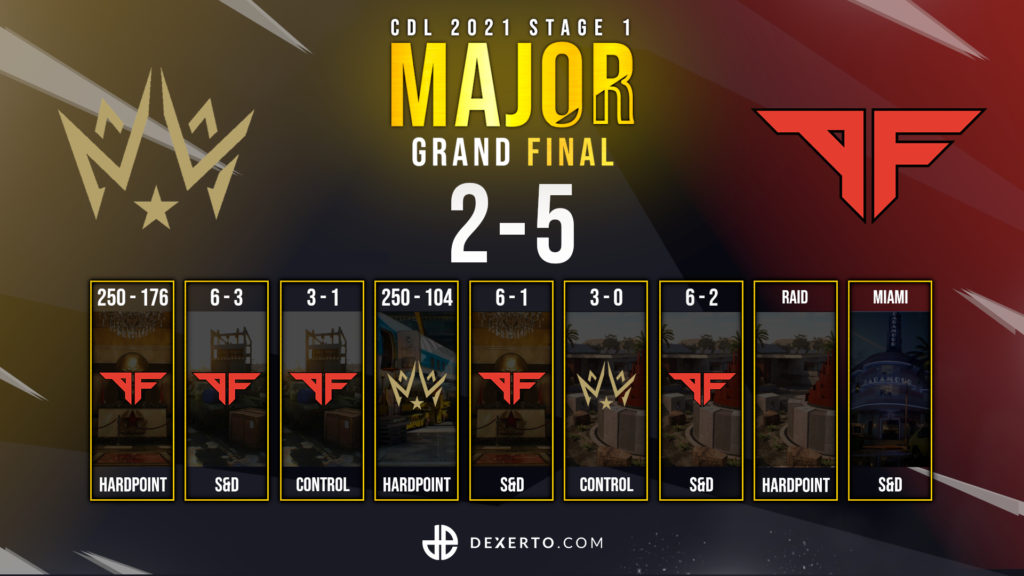 Dallas Empire then survived the next map, winning the Raid Control by a 3-0 scoreline, and keeping their chances alive to somehow get back into the series which was dominated by FaZe up until then. But unfortunately, FaZe came back even stronger. The penultimate map on the day was another S&D, which had been a mode that the Atlanta FaZe were defeated in only once in the whole season.

In the seventh map, the FaZe team, known as the “boys in red”, wrapped up their business in a rather one-sided manner again. They won the Raid Search map 6-2, to complete the Empire riot in the Grand Final and take home the honor of winning a Call of Duty League Major.

It was a hard job for the league to decide upon an MVP from the FaZe team, as there were so many exciting performances throughout the roster. Amongst all of them, it was the duo of Chris “Simp” Lehr and Tyler “aBeZy” Pharris who were deemed to be more phenomenal than the others. However, judging by his exceptional show in the Grand Final itself, the nod was pointed towards “Simp” by the CDL authority, who gave Simp the honor of being the “Player of the Stage.”

The tournament was played in two brackets, the upper bracket and the lower bracket. Each team in this major started in a bracket, depending on the position they finished on, in the Stage 1 group stage. 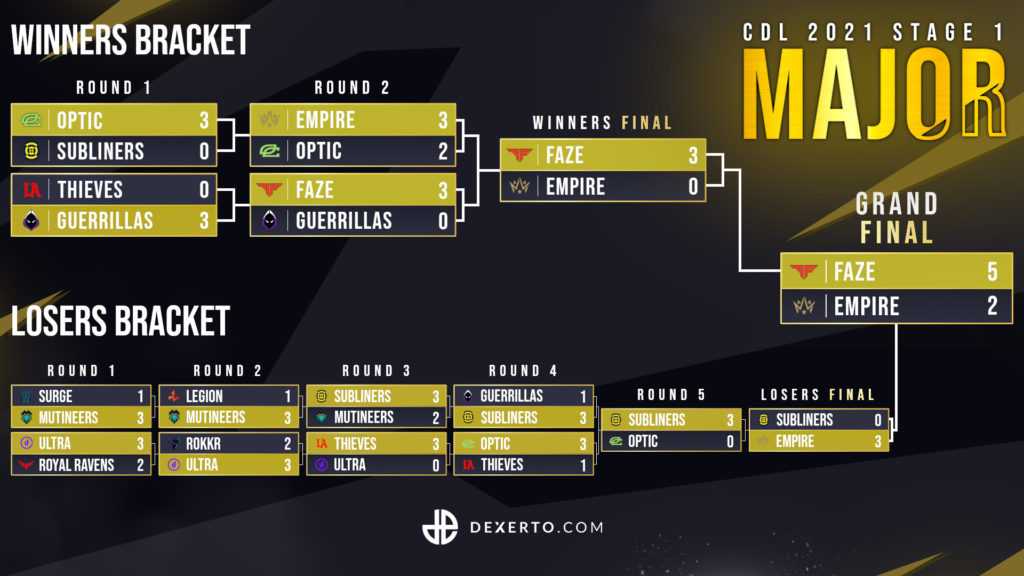 The finalized brackets of the CDL Stage 1 Major 2021

The Major had a whopping $500,000 prize pool, which was divided amongst the teams finishing in the top eight at the Major eSports tournament. The winners got to take home $200K and 75 exclusive CDL Points. Here is the whole spread: