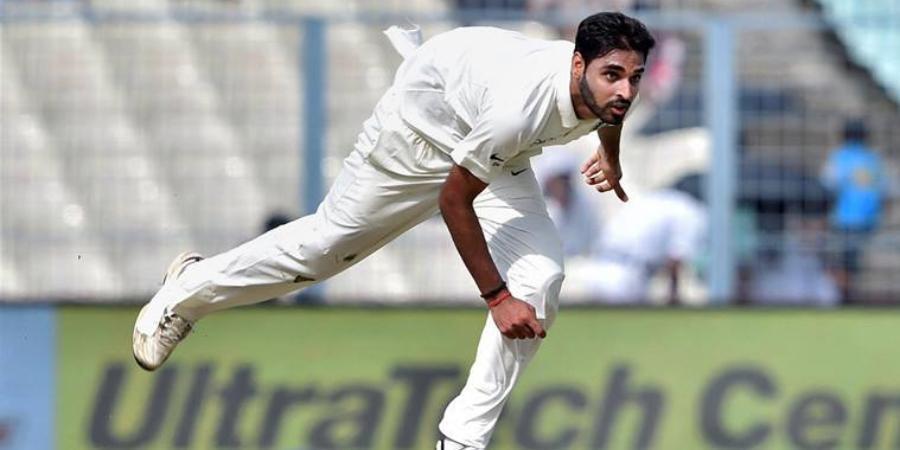 Bhuvneshwar Kumar was not selected for WTC final & England series

The Board of Cricket Council of India on Friday announced India’s test team for World Test Championship final against New Zealand to be held in June & for test series against England to be held in August. A team of 20 strong players was announced taking into consideration the conditions of both the tournaments. WTC will be more important for the squad as it will give a boost to the team for the series against England.

As the announcement came in, it was shocking for few players who were not selected. The first name was Hardik Pandya, to which his fitness is a major reason. Another name was the most disciplined pacer of India Bhuvneshwar Kumar. It came as a big upset for fans. There is no specific reason being provided by the council for not selecting Bhuvi.

Bhuvneshwar Kumar made an excellent comeback to the test team this year in March against England  after a gap of more than one year due to injuries and extended recovery periods. Bhuvi made a sensational comeback in the T20Is and the ODIs as he kept the run-flow in check and took crucial wickets for his team. The last time Bhuvi played red-ball cricket in England, he took 19 wickets in 7 innings during the 2014 series, being one of the stars for Team India with the ball.

Another name which came as a shock on not getting selected was Prithvi Shaw. The selectors have missed a glorious opportunity to groom the young Prithvi Shaw in the long English summer which includes the World Test championship final and the five Tests against England.

Despite his inconsistency in Test cricket — the gifted Shaw is still only 21 — he still averages 42.37 in the longer format of the game. Away from home, he showed flashes of brilliance against New Zealand and got just one Test, the day/night game in Adelaide, to display his wares.

While Tests and T20 cricket are two different formats altogether, Shaw’s form in the recently held but truncated IPL suggested his mind and body were in harmony.

Although Shaw’s reason for not getting selected for the team might be his age, he is too young for too much of pressure but at the same time Bhuvneshwar Kumar, who has so much of international experience, has not made it to the team as well.