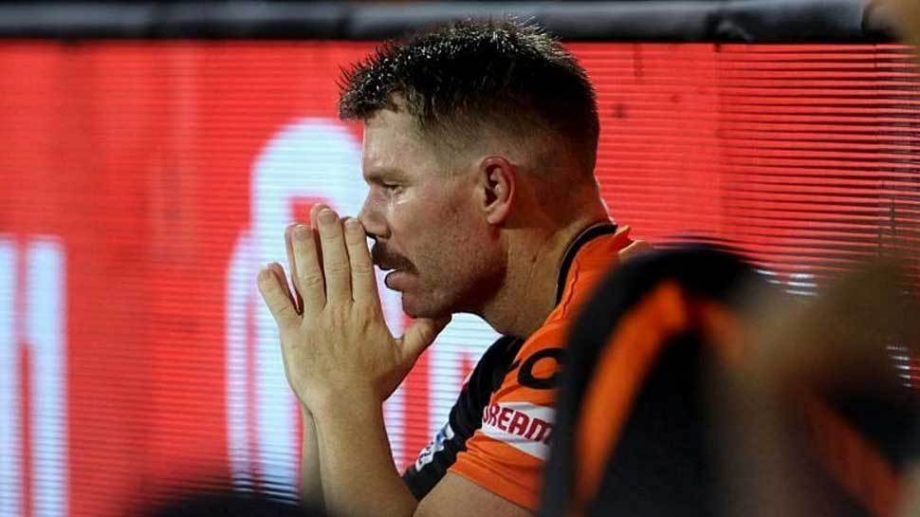 David Warner removed from the captaincy of SRH

This season is not going for Sunrisers Hyderabad as they are still at the bottom of the point table. In spite of having the most balanced team in IPL 2021, SRH has not shown their magic & they are falling back with every match day by day.

To make things better, SRH management on Saturday announced that David Warner is removed from the captaincy of SRH & Kane Williamson will the new captain & will handle the responsibility of the team & another shock to SRH fans came in when on Sunday, just before the match with Rajasthan Royals, they declared that David Warner is dropped from the team. With this big change, one more change was announced as Bhuvneshwar Kumar made a comeback to the team with

“We are going to have a bowl. After a few conversations with guys who have played here, we think it should be a consistent surface. Three changes: Nabi, Bhuvi, and Samad are back. Warner, Suchit, and Kaul miss out on this one,”

Kane Williamson said at the toss after electing to bowl.

“We know that as a group we need to come together and build on the positive parts. It has been difficult, but we need to pull together now. This captaincy change is very sudden, so I just need to pick up and make the small adjustments which hopefully will reflect on the result,”

“The goal for the last half of the campaign is to improve our performances. There are many areas we need to improve, wickets in the powerplay is one. We have to do our best with our resources and it’s important we adjust to the conditions,”

Their opponents, Rajasthan Royals, also announced two changes to the team with Jaydev Unadakt & Shivam Dube will be on the bench replaced by Anuj Rawat & Kartik Tyagi.