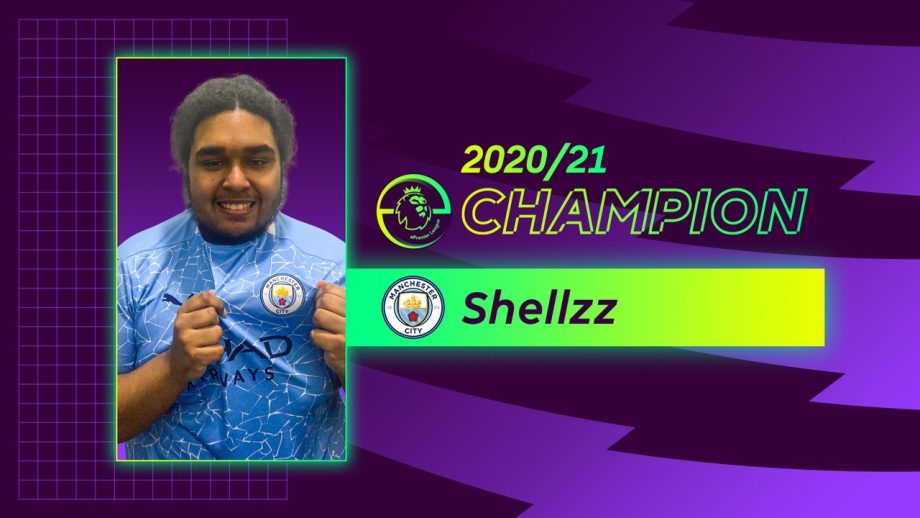 Shaun “Shellzz” Springette, the ace Manchester City Playstation FIFA star, has been crowned the ePremier League (ePL) champion for the 2020/21 season, after coming out on top in a nail-biting cross-console final against Leeds United’s “Ollelito”. He eventually triumphed in the penalties

It was a final to remember, with the pendulum swinging back and forth throughout the matchup. Shellzz swept through the first leg, winning it 4-2, but Olle ‘Ollelito’ Arbin came back strongly to win the second leg 3-1. The scores were tied up at 5-5, which took the final to the extra time frenzy. The extra time period started with Ollelito taking the lead, but Shellzz equalized soon after to balance things up at 6-6. The super-exciting final was then headed to the inevitable penalties. Shellzz ultimately came out on top in the penalties, winning it with a 4-2 scoreline. By doing so, he took home the champion’s prize money of £20,000. He also won a beautiful trophy and a stylish Hublot watch.

Ollelito, on the other hand, despite his best efforts, had to be happy with the runners-up prize money of £10,000. Apart from the cross-console finalists, the runners-ups of the previously-played console finals (Xbox and Playstation), Diogo ‘FalconsDiogo’ Mendes (Chelsea), and MHaywxrd (Sheffield United) got to take home £5,000 each. In addition, they also booked their seats in the upcoming FIFA 21 Global Series European Playoffs, which are scheduled for next summer. 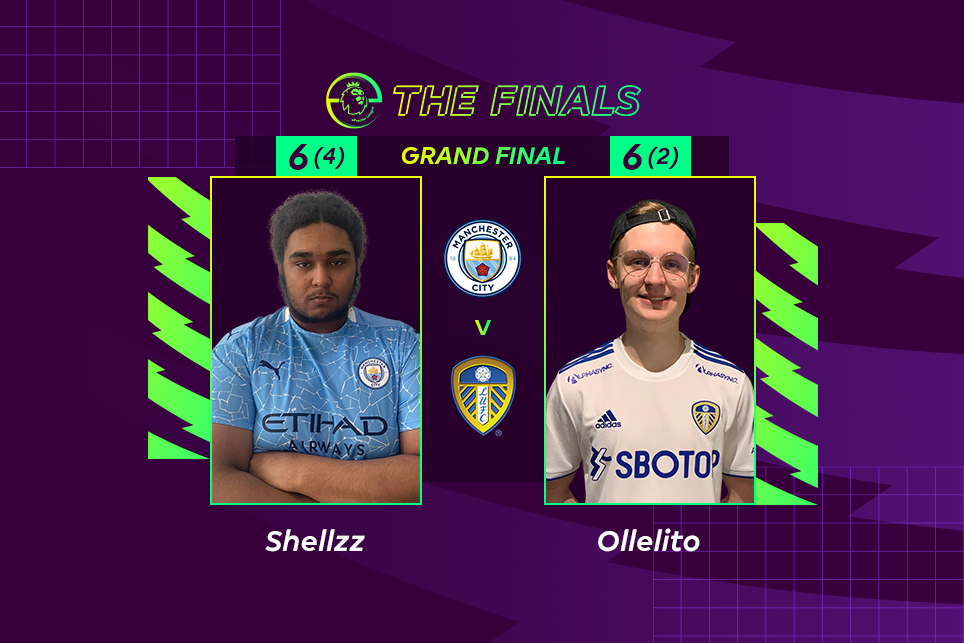 Talking to the media after the triumphant victory, Shellzz said:

“Words can’t describe how I feel… to be able to call myself a champion, I’m so happy right now. Four years ago, when I lost in a final, I’ve had that sour taste. Sometimes you need luck and I definitely got some luck in that second leg.”

On the road to the cross-console final, Shellzz didn’t really have the smoothest sail. He only defeated Cosmin ‘NFG Cosmin’ Petrescu of Leicester City in the quarter-finals, again on penalties. After that, in the semis, he came back to his rampant best. He went on to beat Marc ‘MarcMarleyyy’ Marley (Brighton & Hove Albion), the runner-up from the last season of the ePL, with a convincing 4-2 scoreline. That win took him to the PS4 final, where he defeated Sheffield United’s Mitchell ‘RISE MHaywxrd’ Hayward 4-3 in another enthralling matchup.

Shellzz walked us through the whole final against Ollelito in the press release. He added:

“Ollelito is number five in the world on Xbox for a reason. Coming into this tournament, I knew it was gonna be tough. I was playing on Xbox and conceded early, but went 4-1 up. When he went too narrow, I found it hard to contain him, he was countering me quite easily and I couldn’t really create chances. But I had to keep on going, I went back to 4-4-2 early on in the second half in the second leg, I had to create more chances to try and win the game.”

Ollelito, in a tweet from his official Twitter account, accepted the fact that the defeat in the final was the toughest moment in his FIFA career to date.

Will Brass, the delighted Commercial Director of the Premier League, also spoke out after the game, by saying:

“Congratulations to Shellzz and Manchester City on winning the 2020/21 ePremier League. The standard of play in this year’s finals was incredibly high and it was great to see such exciting competition across all stages of the tournament. Over three seasons, the ePremier League has proved popular with FIFA players of all abilities, and consistently brought together established pros and new faces. It has also attracted a growing audience worldwide and provided clubs with a new way of engaging with their supporters.”

EA Sports has also been an integral part of the whole ePL journey. Throughout the three seasons, the game developing company has been at the forefront of the ePL’s production and design.

“Many thanks to EA Sports and our broadcast partners for their support, ensuring we have been able to bring another enjoyable and high-quality tournament to fans globally. We look forward to continuing to develop the ePremier League over the coming seasons.” 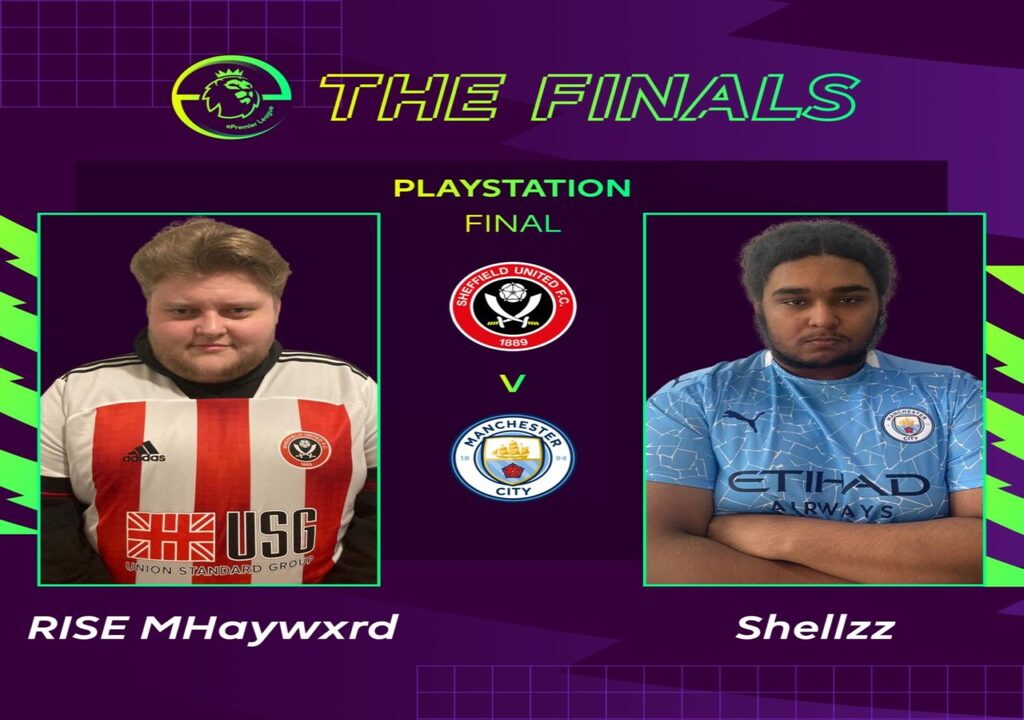 UK-based eSports event organizer, Gfinity, was the main operator of the ePremier League 2020/21. According to them, over 22 million FIFA fans watched the first two ePL Finals. The latter part of this year’s ePL tournament was televised live in the UK, via Sky Sports, BT Sport, and BBC Sport. The much-acclaimed tournament was also shown live throughout the world by the international broadcasting partners of the Premier League.

The whole ePL 2020/21 was broadcast live from the Gfinity Arena in London. The players, though, had to participate remotely, because of the health restrictions caused by the ongoing global pandemic. This exceptionally unpredictable season of the ePL leaves us only with sheer anticipation for the next season. Bring it on!