India announced the playing 11 against Australia in their first Test match, Mayank Agarwal and Prithvi Shaw are in 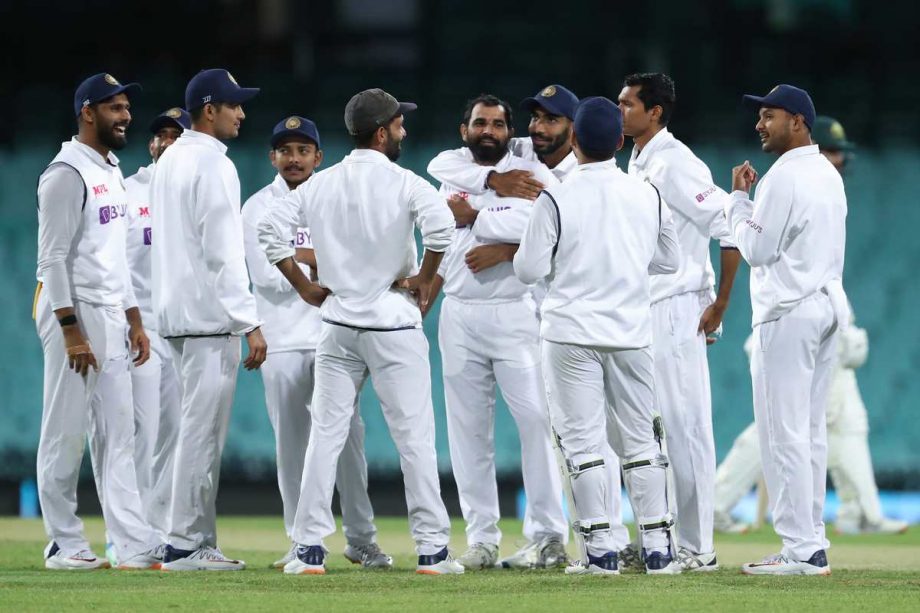 Board of Cricket Control in India announced the playing 11 of India against Australia in their first Test match at Adelaide, Ravichandran Ashwin a lone spinner, Wridhiman Saha as a wicket-keeper, Mayank Agarwal and Prithvi Shaw are also in.

Early in the morning, BCCI announced the playing 11 of India in their first Test against Australia in Adelaide. The BCCI tweeted a list of players included in the first Test match. Mayank Agarwal and Prithvi Shaw are likely to open the innings for India.

Ashwin is playing as the only spinner, Wridhiman Saha is added as a wicket-keeper while the trio pacers; Umesh Yadav, Mohammad Shami and Jasprit Bumrah are added in their usual places. Rishabh Pant is dropped in the place of Wridhiman Saha.

The middle-order is in their respective positions. Cheteshar Pujara is placed on third, captain Kohli on number four and Ajinkiya Rahane on the fifth position. Hanuma Vihari is picked as a batsman on the sixth position of the batting order.

India has gone with the same combination as required in Australian pitches. Played only one spinner and three experienced pacers; Umesh Yadav, Mohammad Shami and Jasprit Bumrah.

Mayank and Shaw are picked as openers whereas Shubman Gill, who showed brilliant batting performance in the pink-ball warm-up match has yet to wait to make his Test debut.

Rishabh Pant who also played a watchful inning in the same warm-up match by scoring 103 in only 73 balls unbeaten has also been dropped from the playing 11.

The first Test starts tomorrow at Adelaide Oval on Thursday, 17th December, will be a day/night Test match. The Indian captain, Virat Kohli will leave after the first Test match on paternity leave and will give the charge to vice-captain Ajinkiya Rahane for the remaining Test matches.

‘We are on the same page’

Virat Kohli says that Ajinkiya Rahane will do a tremendous job behind his back. He said that we both are playing for a long time. We had great partnerships as well as an understanding relation.

“Well, firstly we had a lot of mutual understanding and respect over the years, we have had some great partnerships batting together which is based on trust and understanding on what needs to be done for the team,”

Kohli said when he was asked about his absence.

Kohli believes that he and Rahane are on the same page and both them understands well enough how their team functions. The skipper has backed the vice-captain with quite a confidence.

“Jinks has done a tremendous job in the two practice games, the tour games that have happened and he seems to be very composed and he knows the strengths of our team and how we need to go about things,”

Kohli made it clear that Rahane will follow the template set by him and there is no confusion in it. As of know, captain Kohli is setting up the base for Rahane to tackle up things once he leaves. He is confident that Rahane will stand up and execute as a leader and all the team will perform collectively.

“I think, he will do a great job when I am gone back home, so we are on the same page completely and the vision remains simply to put in good performances and make sure that we are competing for every game and the idea is to win the series,”