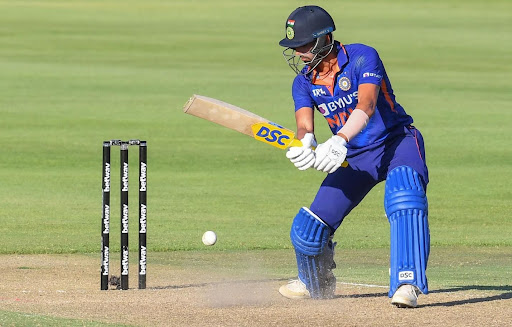 Indian Head Coach Rahul Dravid praises the all-rounding skills of Deepak Chahar, who has shown his abilities in the limited opportunities he got for India and the side would expect him to play consistently in the playing X1.

Half-centuries by the Indian skipper Virat Kohli (65), Shikhar Dhawan (61), and Deepak Chahar (54) went in vain as India got white-washed in the ODI’s by four-run defeat against South Africa in the third and final ODI at Newlands, Cape Town. Adding this victory, the Proteas have sealed the ODI series by 3-0.

Meanwhile, the Indian Head Coach Rahul Dravid praises the all-rounding skills of Deepak Chahar, who has shown his abilities in the limited opportunities he got for India and the side would expect him to play consistently in the playing X1.

“I mean Deepak Chahar has shown in the opportunities he has gotten with us in Sri Lanka and over here well, he has got some really good ability with the bat. We know what he can do with the ball as well. I have seen him at India A as well and I know he can bat really well so certainly gives us a lot more options,”

said Dravid while replying to an ANI query during a virtual press conference.

“It is nice to have people like him and Shardul Thakur as well, who we have seen in the last couple of games, contribute with the bat as well. So, obviously, the more and more players like this who can contribute lower down, certainly make a big difference and give us more options. So, certainly, we would like to give Deepak more games along with Shardul and a lot of other people who can step up in the course of next year or so and give us depth in the side,”

“I think this ODI series has been a good eye-opener for us. We have not played a lot of ODIs, this has been my first stint with the ODI side. Even the team itself has not played many ODIs after the 2019 World Cup. Luckily, we have got time to go before the 2023 World Cup. It is going to be a lot of cricket in white-ball format till 2023,”

Dravid replied when asked about the preparation of the 2023 World Cup.

“It is going to be a good opportunity for us to really reflect and learn and keep getting better. We will get better, there is no doubt that. We certainly good do better with the batting in middle overs, we understand the template and we know a large part of that template is also dependent on the balance of your squad,”

Earlier the day, Quinton de Kock and Rassie van der Dussen played knocks of 124 and 52 respectively for South Africa to post 287 runs on the board. For India, the top bowling picks were Prasidh Krishna who returned with three wickets.

“If you are honest, some of the guys who can balance the side are out and are not here available for selection. When they come back, they will probably give us a little more depth which allows us to play in a certain different style. Having said that, even South Africa who batted first twice, on two occasions scored only 290 as well,”

“If I look at the 30-over mark in both those games, we should have chased down the target, we did not because we played some poor shots and we did not play smart cricket in critical situations. But having said that, there is a lot we can learn from this series, there is a lot to reflect on and we will get better,”

India had recently lost the Test series against South Africa by 1-2 after which the Test skipper Virat Kohli decided to step down from his position.

The next assignment for India is against West Indies followed by three ODI’s and three T20Is.