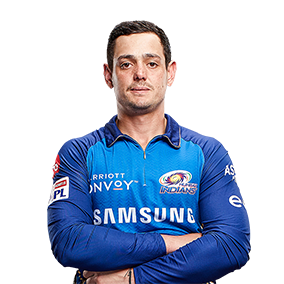 Quinton de Kock is one of the most talented young WK-batsmen of this decade, who is known for his excellent work behind the stumps and playing fantastic shots at the pitch. Cricketing experts have already marked the young players as future greats by witnessing his initial performances.

Kock made his debut in the absence of regular wicketkeeper AB de Villiers for the national T20 team against New Zealand in 2012. He gave a satisfactory performance on his debut-day by scoring 28 runs off 23 balls. Quinton couldn’t give his best in debut ODI series in January and July 2013, and due to mediocre performance, he was dropped by the team.

He made a spectacular comeback by returning to the ODI team in Nov 2013 and scored a massive century against Pakistan. The Southpaw proved his worth by scoring three successive hundreds against the Indian team in December 2013.

Quinton is the fifth South African batsman to score five consecutive fifty-plus scores in tests and played a major role for the winning team against Australia at Hobart. The young player had also seen the downtime in his career when he tore his ligaments in a warm-up match against West Indies in 2014, but he has always made a comeback and proved himself as one of the best in business.