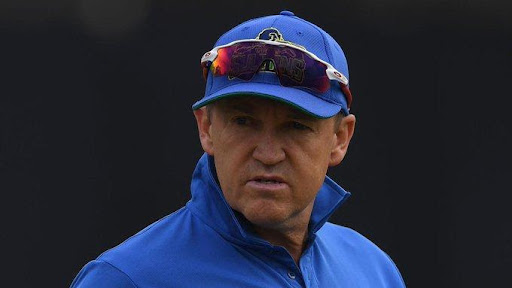 According to sources, the previous Pakistan Cricket Board (PCB) regime led by Chairman, Ehsan Mani was thinking to replace Head Coach, Misbah-ul-Haq with Andy Flower after Pakistan’s embarrassing defeat in their recent T20I series against England.

Flower, who is the head coach of PSL franchise Multan Sultans, CPL’s Saint Lucia Kings, T10’s Delhi Bulls, The Hundred’s Trent Rockets while also being the assistant coach of IPL side Punjab Kings told PCB that he is not yet interested in coaching any International side as he is more focused on franchise cricket for now.

After Flower’s denial, it has become a difficult task to appoint a new foreign Head Coach. Mani is about to exit Chairmanship, Misbah is also not in the good books of PCB, and the likely new Chairman, Ramiz Raja is also in favour of a foreign Head Coach.

Sources also added that Misabh’s removal before T20 World Cup is not possible due to a lack of enough time as the new Head Coach will require time to adjust before the mega event.

Misbah was appointed as Head Coach and Chief Selector in 2019 with the strong support of Chief Executive Officer (CEO) Wasim Khan.

The PCB’s top management considered Misbah a ‘Yes Man’, however, that did not prove to be true and thus spoiled their relationship.

Misbah has raised his voice on different matters which did not go well with the PCB management. He was also part of the members including Azhar Ali, Mohammad Hafeez which met PM, Imran Khan and expressed their views on the current domestic system.

That meeting became a downfall for the former Pakistan captain as soon after that he resigned from the Chief Selector position in October last year.

Pakistan’s performance during Misbah’s tenure was far from being ideal as the team won 16 and lost 13 out of 34 matches and the team went down from 1st to 4th position in ICC T20I rankings.

He also played a role in removing the wicketkeeper-batsman, Sarfaraz Ahmed as a captain to give the team a new shape. Apart from the South African B team victory, Pakistan was not able to mark victories against the world top sides.

As far as Test cricket is concerned, Pakistan has won seven, lost 6, and drew 3 out of their 16 matches to rank fifth in the longest format of the game.

Meanwhile, in ODI cricket, Pakistan won 6, lost four, and drew a single game to rank sixth in the one day format. They recently got whitewashed to 3-0 by a second-string England side.

Learn about: Recent Updates on IPL