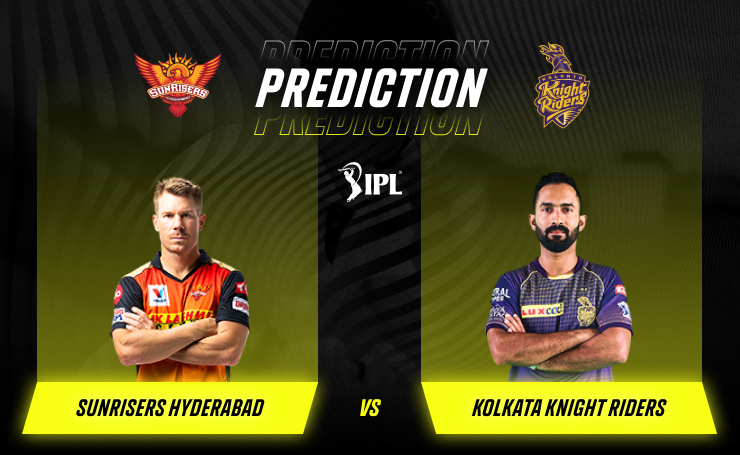 The world is ready for cricket’s biggest carnival as the Indian Premier League is back in action from April 9 after a brief break of just five months. The first Sunday of the 2021 edition of the IPL will witness a fierce battle between the only two teams in the league with foreign skippers, Sunrisers Hyderabad and Kolkata Knight Riders.

Sunrisers Hyderabad made it to the playoffs in the 2020 edition of the hotly contested league for the fifth consecutive time and the David Warner-led side would be hoping to win their second title in the upcoming IPL season. The Trevor Bayliss-coached side added the likes of Kedar Jadhav, Mujeeb ur Rahman, Jason Roy, and Jagadeesha Suchith to replace the outgoing quartet of Sanjay Yadav, Fabian Allen, Mitchell Marsh, and Bavanaka Sandeep.

The Hyderabad squad is well stacked in every department this season and with Sunrisers’ matches to be played on unpredictable tracks of Delhi and Kolkata, it bodes well for them. Rashid Khan should be a force to reckon with on the spin-friendly pitches of Chepauk Stadium in Chennai while the big hitters in Warner, Jonny Bairstow, and Jason Roy can be fully utilized in small grounds of Kolkata and Bangalore.

Two-time IPL winners Kolkata Knight Riders haven’t qualified for the playoffs stage of the cash-rich league for two consecutive seasons and the fans would be desperate to see their team back where they belong. Eoin Morgan will be the skipper of the side from the first match this season if he is able to pass the impending fitness tests after an injury scare on England’s tour of India in March.

The Kolkata squad has no dearth of power hitters in their squad with Andre Russell and Morgan expected to play every match and that benefits the Knight Riders as they play most of their matches at the batting-friendly grounds of Ahmedabad and Bengaluru. 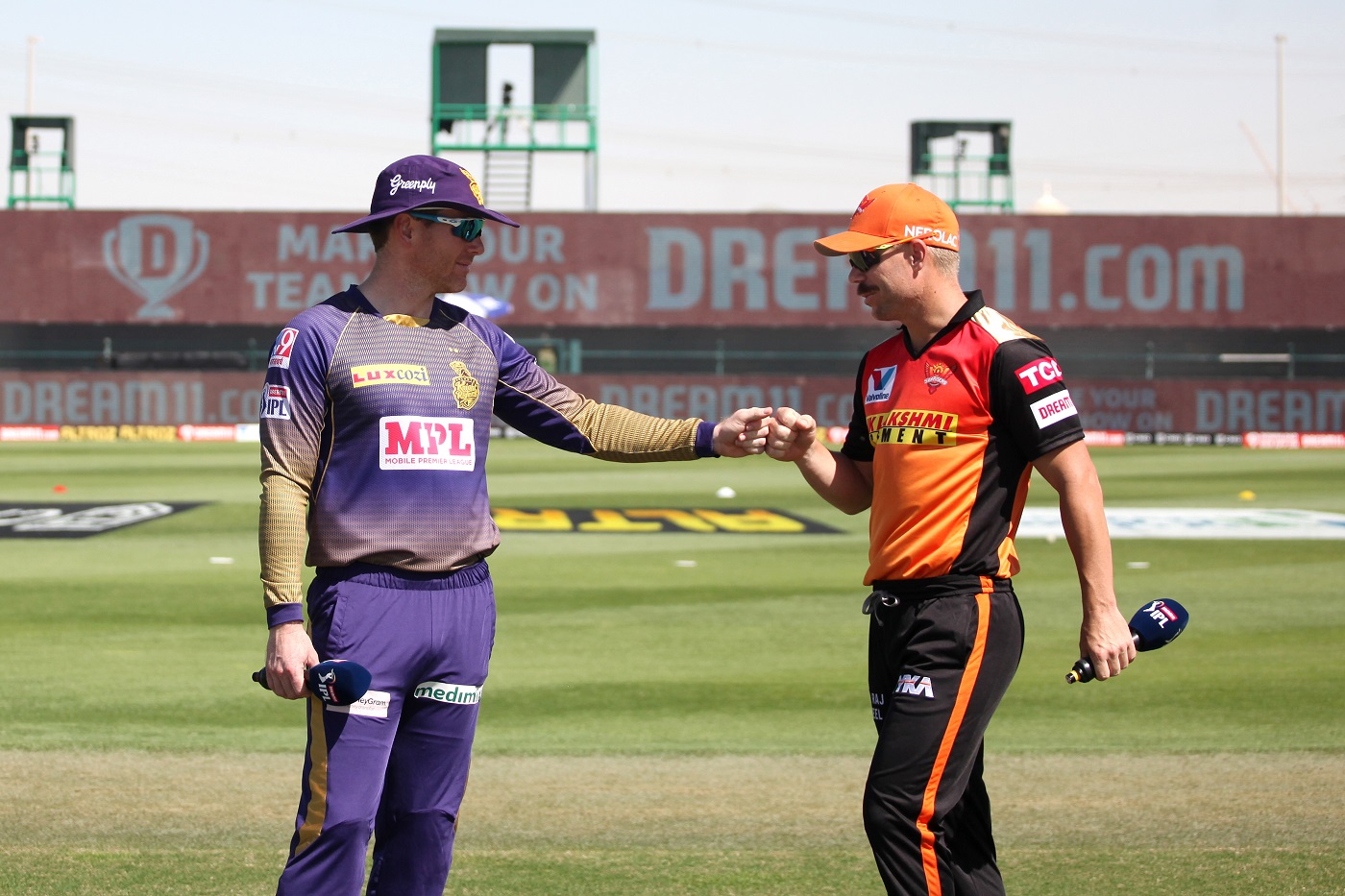 Eoin Morgan and David Warner during the toss in IPL 2020

Since the start of the 2013 season when Deccan Chargers was rebranded as Sunrisers Hyderabad, Kolkata Knight Riders and the Hyderabad-based franchise has played 19 matches with three of those encounters taking place in the playoffs stage.

The Knight Riders have the edge over the Sunrisers in the head-to-head record as KKR has won 12 of the 19 matches between the two top teams with SRH winning just 7 of the 19 encounters while two of those victories came in the playoffs.

SRH vs KKR is the most neck-to-neck competition in the first four matches with the bookmakers struggling to separate their odds clearly as well. Both squads have quality spinners and big hitters but Warner’s SRH might edge the season opener due to their settled squad chemistry.