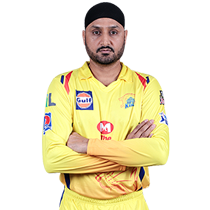 Harbhajan Singh has been known for his exceptional bowling skills. Born in Ludhiana, the Sardar had a kind of magic in his fingers through which he turned many matches. The Turbanator was a clear match winner during his prime and still going robust in the domestic cricket.

There are two records in the name of Harbhajan Singh; he is the first Indian to take a hattrick in a test match and is the most successful off-spinner of India with 417 wickets. The player is also honored by Arjuna Award and Padma Shri.

The player was picked by the Mumbai Indians in the first season of IPL and remained the major part of the franchise until 2017. In 2013 winning of Mumbai Indian, Singh played a major role by taking 24 wickets in the particular season of the IPL.

The bowler showed his batting skills when the top-order was blown away by scoring 64 runs in just 24 balls against Kings XI Punjab in 2015.