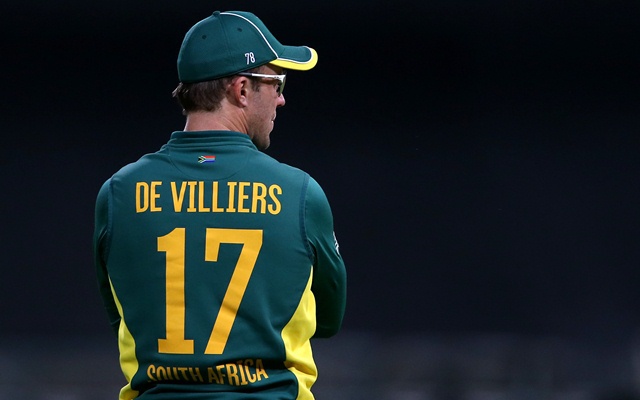 Whenever, in history of cricket, fans will talk about legendary players, AB De Villiers will definitely make it to the list at the top. He is one of the most mesmerised players by cricket fans across the globe. Even though he has not played cricket for South Africa’s international team, he is still considered as the best batsmen in T20 cricket.All because of this, there is a slight possibility that AB De Villiers will be seen again in international jersey against West Indies in T20 series.

De Villiers said goodbye to international cricket in 2018 & everyone was  shocked. There has been talks about him thinking of making a u-turn. De Villiers had made his intentions of playing in the T20 World Cup public last year but the tournament got postponed due to Covid-19 pandemic. With this year’s T20 World Cup expected to remain on schedule, De Villiers is understandably interested to make his international return and feature in the showpiece event. When asked about his plans for the same during an IPL 2021 match, De Villiers had said:

“It will be fantastic to play for South Africa again, I will be speaking with Boucher late end of IPL – last year, he asked me whether I am interested and I said ‘absolutely’.”

As per reports, Cricket South Africa Director Graeme Smith has reportedly hinted towards the return of De Villiers as well as Chris Morris and Imran Tahir for the national team’s T20I series against West Indies. South Africa are reportedly set to travel to the Caribbean on June 02 and will lock horns in a 5-match T20I series.

De Villiers was doing wonders for his IPL franchise Royal Challengers Bangalore until the 14th edition of the league had to be suspended. Despite batting at No. 4 of No. 5 for RCB, De Villiers was among the top run-scorers for his side. He had aggregated 207 runs in 6 innings at an average of 51.75 as well a highly impressive strike-rate of 164.28.