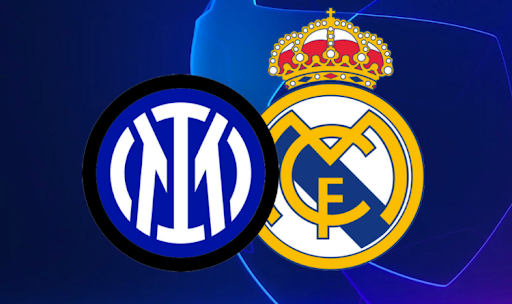 Both teams changed coaches this summer

Inter and Real Madrid will face off on September 15 at the Giuseppe Meazza in the first round of the Champions League group stage. The match will begin at 00:30 IST (Sept. 16).

Inter have played three games so far this season, all in Serie A: they defeated Genoa 4-0 and easily defeated Verona 3-1. But on September 12 Simone Inzaghi’s side made a miscue and lost points against Sampdoria 2-2. Now Inter sits fourth in the Italian league table with seven points.

Last season, the Nerazzurri confidently marched through the tournament and managed to win the league title, and therefore a place in the Champions League. In 38 rounds, the Black and Blue recorded 28 wins and seven draws. The team impressed with a solid defensive line that conceded less than one goal per game on average.

The Milan club lost Achraf Hakimi and Romelu Lukaku in the summer for whom they were offered huge fees. So far, it hasn’t affected the start of the tournament: the Belgian striker was replaced by prolific goalscorer Joaquín Correa, who has already managed to score two goals in two games played

As for the absentees, the Italians currently have Alessandro Bastoni, Gabriel Brazan, Stefano Sensi and Christian Eriksen in the Sickbay.

Real Madrid has played one more game this season than their future rival. In the Primera, Carlo Ancelotti’s team had three wins and a draw.

The Los Blancos thrashed Alaves at the start of the season with a score of 4-1, but then they had a draw with Levante: they unexpectedly conceded three goals 3-3. At the end of August, the visitors beat Betis 1-0, and on September 12 they crushed Celta 5-2, Karim Benzema made a hat-trick.

Last season Real Madrid made it to the Champions League playoffs and managed to reach the semifinals. There, they met with Chelsea which eliminated Madridistas with an aggregate score of 1-3.

It is known that Ancelotti will not be able to count on five players in the match: Gareth Bale, Toni Kroos, Luka Jovic, Dani Ceballos and David Alaba are on the list.

Statistical preview of the match Inter Milan vs Real Madrid:

Decent teams with serious ambitions for this season are meeting. Both teams are now ready to play good attacking football – that is their style, but they also do not always look good in defense: in the last match Inter unexpectedly missed two from Sampdoria, and Real Madrid suffered in the match against Levante, and even with Celta they made a lot of mistakes.

We believe that Real and Inter will surely both score, two sides have excellent masters: Lautaru, Benzema. The teams are scoring quite a lot in their championships, 13 goals scored by the Spaniards and 9 by the Italians who have played one game less at the moment.

Both to score and the match total is more than 2.5 goals.

Also read 👉 : Mourinho was ecstatic in his celebration run after Roma snatched a last-minute win in his 1,000th match as coach