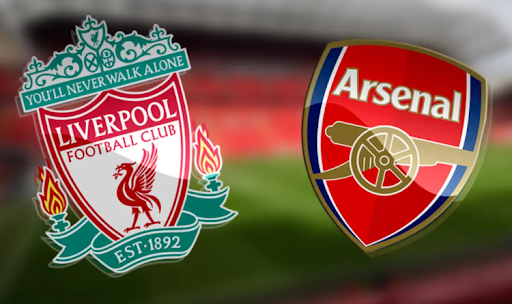 This Saturday, November 20, Liverpool FC will host Arsenal FC at Anfield on Matchday 12 of the English Premier League. The starting whistle will be blown at 23:00 IST.

The international break for the 2022 World Cup qualifiers is finally over and now we are in for some exciting and beautiful English Premier League football. Right this Saturday two fascinating teams will meet, the intrigue in this match is as high as ever with just one place and two points separating these two opponents in the table: Liverpool are in fourth place, while Arsenal are fifth after 11 matches of the current season.

Who will move up the table? Let’s try to find out in this preview.

Jurgen Klopp’s team failed to defend the English title in the last campaign. The Reds hardly imposed any pressure on Manchester City as Pep Guardiola’s team had a phenomenal season. The final gap to the Citizens was 17 points, a distance of six victories. In the UEFA Champions League, Liverpool crashed out at the quarter-final stage, losing to Real Madrid.

The new season in the Premier League got off to a great start but the Reds have slowed down in recent games: after a 2-2 draw with Brighton, they suffered an away defeat at the hands of West Ham United FC (2-3), which broke their unbeaten run.

Thus, in 11 games, Liverpool took 22 points from a possible 33, diluting their six victories with four draws and one defeat. And in the Champions League, the Reds have picked up four wins and are leading the group, having secured an early qualification to the 1/8 finals from first place.

Last season, the Gunners failed to qualify for the European competitions for the first time in a while, finishing eighth in the league. They were only one point behind seventh-placed rival Tottenham, but it was still nothing short of a disappointing season for Mikel Arteta’s side.

By all laws of logic, the Spanish specialist should have been dismissed, but somehow he managed to avoid it. It is likely that the club’s credibility has not yet run out. Instead, they spent a lot in summer and prepared well for the upcoming season to change the situation.

After an unbelievably poor start with three defeats, the Red and Whites pulled themselves together and delivered an excellent series of matches – they are now in excellent form going undefeated for the second match in a row. Apparently, the absence of the European competitions positively affects the squad, giving them the opportunity to focus on the EPL as much as possible.

Mikel Arteta’s side have not lost in their eight previous matches, with six victories under their belt.

Recently, Arsenal won away against Leicester at the end of October and then picked up a home win over Watford. Both results are absolutely deserved.

Xhaka, Kolasinac, Balgoun and Thomas will not be available for the match.

Statistical preview of the match Liverpool vs Arsenal:

“That’s a nice story as well. Last season, not qualified for European football, which is not good but if the situation is like that then you have to use the time – and that’s obviously what Mikel is doing there. You can see they brought a few new faces in; some found, obviously, their striking feet back. And apart from that, young and exciting players as well with Emile Smith Rowe and Bukayo Saka and all these kinds of things. So, it’s a completely different team, obviously, to the beginning of the season. But the good thing is they didn’t play us yet. So, yes, eight games unbeaten but they come to Anfield and obviously we are not overly happy with the last game we played. We have to put a few things right and the best place to do that is in a home game.”

“It is always a test to play against Liverpool, it is a fascinating stadium to play football in. You have to be at your best, and raise the level to your maximum standards, emotionally, physically, tactically, because if you don’t you will be exposed. Going to Anfield is always a test, but if you are able to do that, there are not many grounds as good as there to feel that you are a proper footballer.”

Don`t miss out 👉: You will never hear me say Aston Villa job is a ‘stepping stone’ to managing Liverpool – Steven Gerrard

Arsenal are gaining momentum and now have an open streak of four wins. The Reds are two points ahead of the capital team, where success could put the Merseysiders in first place. Liverpool have serious support from the stands and great tournament motivation. In addition, the home side’s squad looks more attractive.

We expect Arsenal to put up a good fight and the teams will exchange goals. It’s not clear who will score more, so our prediction is below.