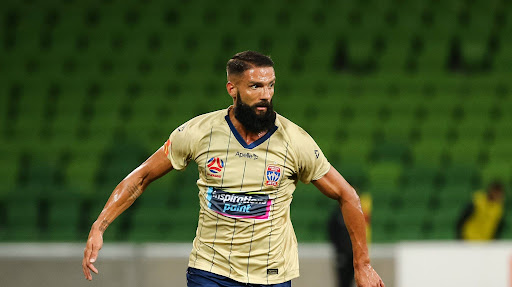 Odisha has signed Malaysian midfielder Liridon Krasniqi on loan from Malaysian Super League giants Johor Darul Ta’zim. The loan will last for a one-year period until the end of the 2021-22 Indian Super League season.

After signing for the Juggernauts, Krasniqi said

“I am really delighted to join Odisha FC and I am looking forward to start an amazing journey in India. I hope it will be a great season ahead under Head Coach Kiko Ramirez.”

The 29-year old midfielder further talked about how excited he is to meet his new teammates and play in a new league.

“I can’t wait to get started and meet my teammates at OFC. We will try and bring joy for all the Odisha fans in the upcoming ISL tournament.”

Till the age of 17, Krasniqi was part of the youth team at 1. FC Nuremberg before moving to Slavia Prague for a couple of years. Eventually, the midfielder made his debut for the Czech First League club Mlada Boleslav.

In 2013, Turkish club Ankaraspor signed Krasniqi on a three-year contract before loaning him out to Fethiyespor where he made 33 appearances in a single season scoring 2 goals and providing 3 assists.

Since moving to giants Johor Darul Ta’zim, the midfielder has made only 3 appearances for the club adding one more Malaysian Super League title and another Malaysian Charity Shield title to his honors list as well.

The Odisha head coach Kiko Ramirez feels that the club’s latest signing adds the much-required attitude and intensity in the Odisha midfield.

“Liridon is going to give us character, attitude, and intensity. He is a player with a high physical capacity and has good technique. He is a box-to-box midfielder who can help us both in attack and in defense and will give us the energy that the team needs to fight for the entire duration of 90 minutes.”

After an unsuccessful loan with the Newcastle Jets, the Malaysian midfielder would be hoping for a better time with Odisha. The club has also signed Spanish winger Aridai Cabrera, the central defender duo of Hector Rodas and Victor Mongil, and midfield maestro Javi Hernandez adding real quality to the squad.