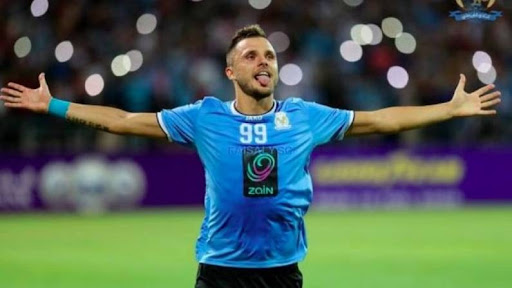 Two-time ISL champions Chennaiyin have signed Polish striker Lukasz Gikiewicz on a one-year contract until the end of the 2021-22 Indian Super League season.

After signing for the Marina Machans, Gikiewicz said

“I am very happy to join the club. My aim is to immediately help the team in getting a third ISL title. The fans deserve it and so does the club that has won the league two times already.”

The club co-owner Vita Dani feels that the 33-year old striker would add something that the squad lacked the most last season; goals.

“We look forward to Lukasz strengthening our attack and providing much-needed goals this season. This is a very positive signing for us.”

As a young striker looking to make his mark in Polish football, Lukasz Gikiewicz scored 19 goals in 30 appearances for LSK Lodz in the second division of the Polish football pyramid. Impressed with his exploits, Slask Wroclaw signed him on a four-year contract. The young striker won the Ekstraklasa title with the club and scored 31 goals in 56 appearances.

After brief spells in Cyprus, Kazakhstan, Bulgaria, Saudia Arabia, and Thailand, Gikiewicz signed for Jordan Premier League club Al-Faisaly SC. In his only season at the club, the forward won the top-scorer award for scoring 14 goals and helping the club win the league, FA Cup, and the Super Cup in a solitary season.

Since then, the journeyman has represented clubs in Saudia Arabia, Jordan, and Bahrain before being snapped up by Chennaiyin ahead of the new ISL season.

The Chennaiyin head coach Bozidar Bandovic feels that the club’s new signing adds the much-needed experience of playing across countries and would come good for the Marina Machans.

“Lukasz is a team player with good experience and a great personality. I believe he will help the team in many aspects, especially with goals.”