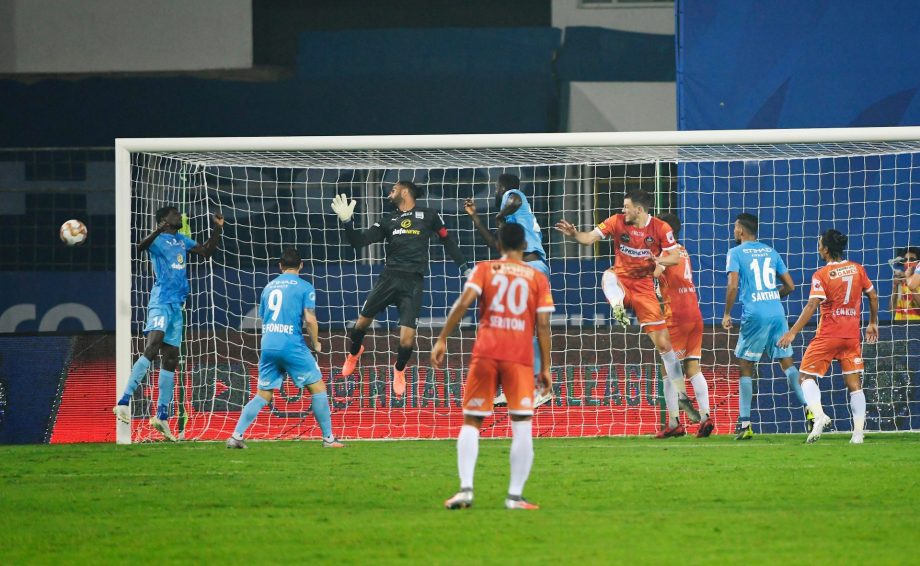 A snapshot from the fixture earlier in the season (Image Credit: Indian Super League)

A penalty from Igor Angulo, a moment of reckoning for Hugo Boumous, a low drive from Saviour Gama, and a precise header from Mourtada Fall has left the second leg of the semi-final in the balance as the first leg ended 2-2 between Goa and Mumbai City.

The Gaurs head coach Juan Ferrando had to make some enforced changes to his team that forced a 0-0 draw against Hyderabad on Sunday. The suspended duo of Ivan Gonzalez and Alberto Noguera was replaced by Seriton Fernandes and Jorge Ortiz while Princeton Rebello came in for Redeem Tlang to restore the defensive balance of the playing XI.

On the other hand, the Islanders manager Sergio Lobera also had some problems on hand to manage as Amey Ranawade was suspended and Rowlin Borges was injured and unfit for the fixture. Vignesh D replaced Amey in the starting XI while Hugo Boumous and Mehtab Singh came in for Hernan Santana and Pranjal Bhumij.

While the match got off to a cagey start with both teams wary of leaving spaces open at the back, it soon sprung to life when Alexander Romario Jesuraj was fouled on the edge of the penalty area by Raynier Fernandes but the referee decided to wave ‘play on’ to the players. A couple of minutes later, Ortiz was brought down in the penalty area by former Goa skipper Dessai and the referee pointed to the spot. Igor Angulo scored his 14th goal of the season as he confidently stepped up and fired the ball in the right corner of the net with Amrinder going towards the left.

After Bartholomew Ogbeche was denied a goal by a good save from Dheeraj Singh, a moment of brilliance from Hugo Boumous helped Mumbai City equalize on the night. Last season’s golden ball winner was afforded minimal space and a lucky touch helped him carve out a shot which gave Dheeraj no chance of preserving his clean sheet.

In the 44th minute, Ortiz ran through the Mumbai defense to take another shot at goal and Dessai fouled the Spanish forward once again but the referee again decided against giving a penalty to the Gaurs.

In the 59th minute, Saviour Gama started his run from the halfway line and after seeing no challenge from the Mumbai defense, the full-back drilled his shot in the bottom right corner past a helpless Amrinder Singh to restore Goa’s lead in the semi-final. 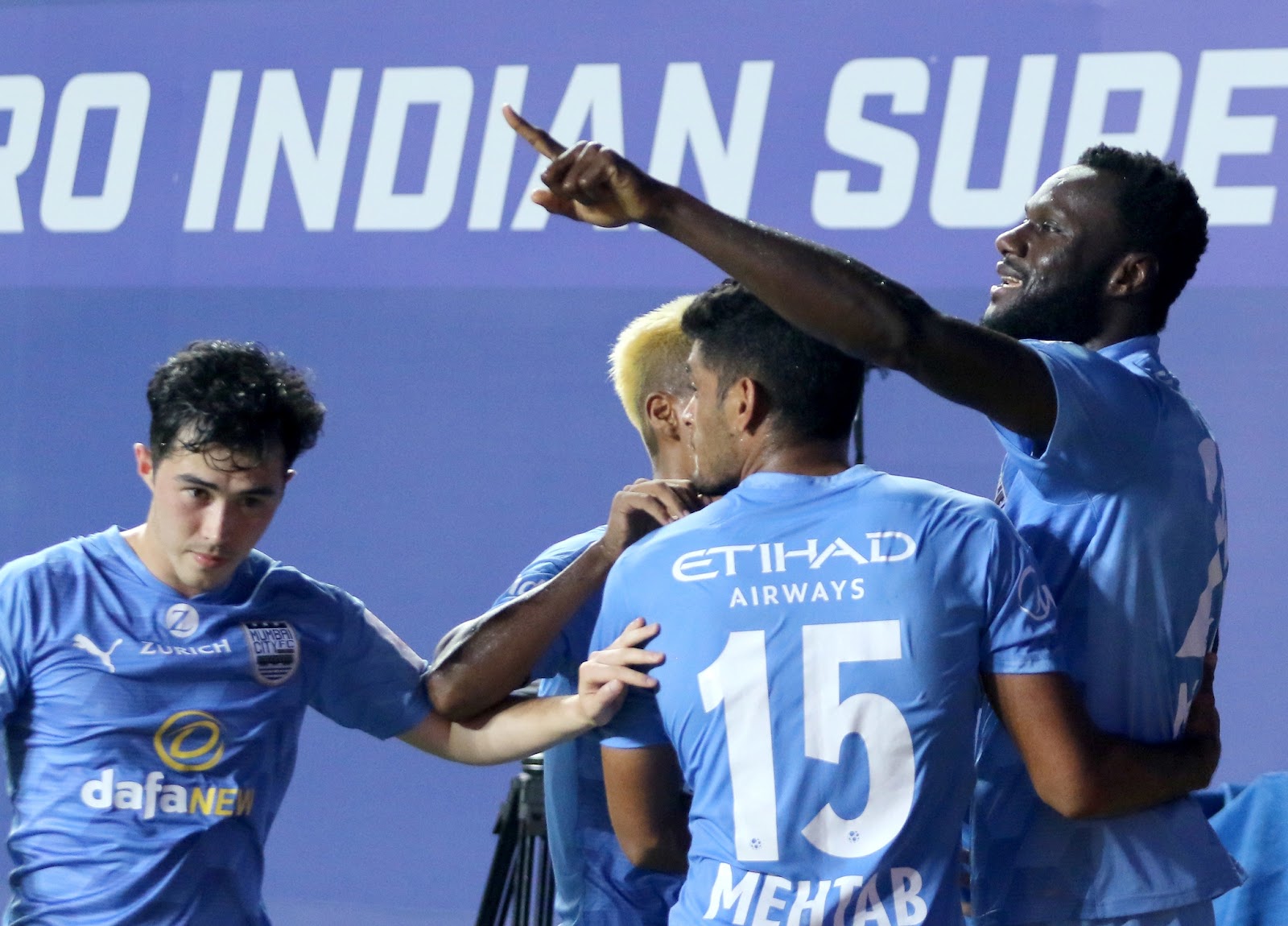 A minute later, Ahmed Jahouh’s cross was met by Mourtada Fall on the edge of the six-yard box and the 33-year old headed the ball in the back of the net equalizing for Mumbai for the second time on the night.

The rest of the 30 minutes were marred by substitutions wasting time and miscalculated passes that never reached their destination. In the dying seconds of the match, Fall went in with a two-footed challenge on Gama that warranted a red card but the referee showed just a yellow card giving a lifeline to Mumbai City for the second leg of the semi-final that will be played on Monday at the GMC Bambolim Stadium. 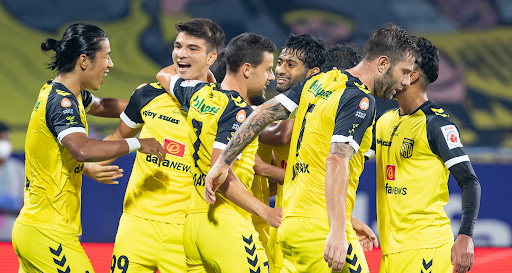 Odisha vs Hyderabad: Preview and Prediction