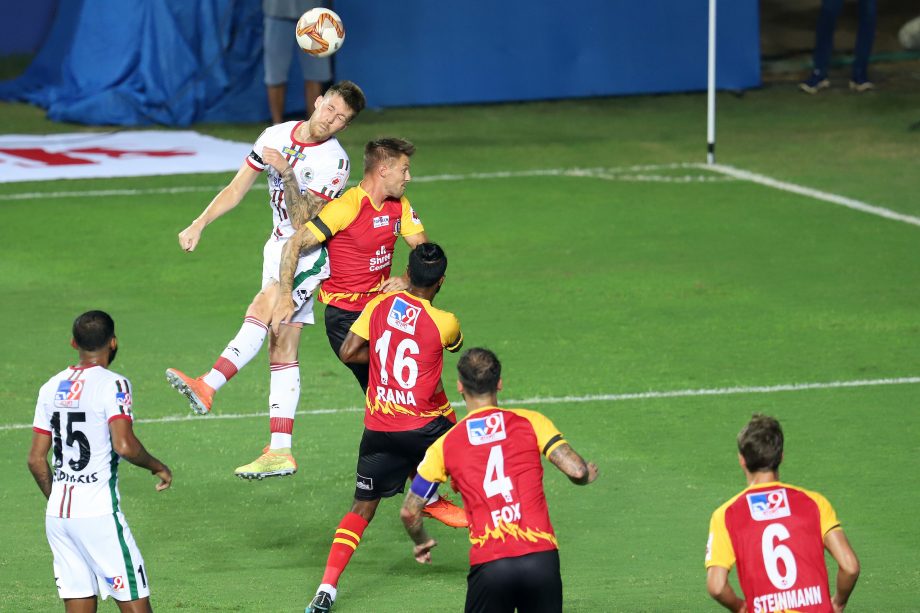 ATK Mohun Bagan FC faces SC East Bengal at the Fatorda Stadium on Friday in the most awaited match of the Indian Super League 2020-21 season.

The Kolkata Derby is here again for a second time this season and all the football fans across India and maybe South-East Asia would be tuning in to watch the 90-minute intense affair unfold at the Jawaharlal Nehru Stadium in Fatorda.

ATK Mohun Bagan has been flying high of late as they recently overtook Sergio Lobera’s Mumbai City FC and now sits at the top of the table with just three more matches to be played in the league stage. The Mariners have collected 36 points in 17 matches courtesy of 11 wins, 3 draws, and 3 wins so far.

On the other hand, rivals East Bengal gained entry into the ISL very late and weren’t prepared for the first few matches of the season. After underperforming in the first seven matches of the ongoing seventh edition of the ISL, the Red and Gold Brigade got their first win in the league against Odisha FC. Some good business in the January transfer window has allowed Robbie Fowler’s side to produce better performances and defeat Bengaluru FC and Jamshedpur FC as well. 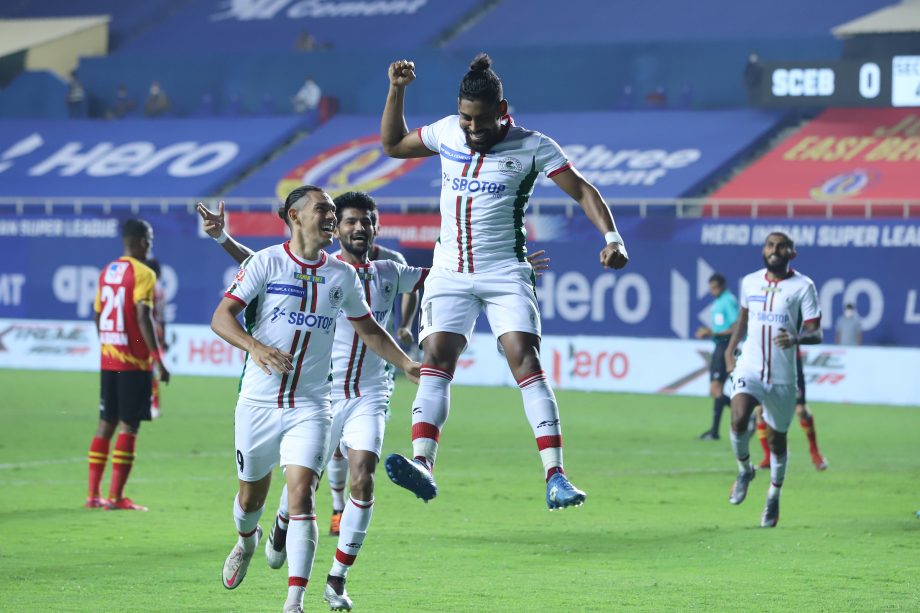 Roy Krishna leads the goalscoring charts in the 2020-21 ISL season as he has 13 goals in 17 matches with many of those rippling the back of the net in crucial moments of the match. The striker hailing from Fiji scored in the return fixture inflicting misery on East Bengal and the fans of Mohun Bagan would love nothing more than their striker scoring in the derby once again.

Matti Steinmann has been the lynchpin in the centre of the park for SC East Bengal from the first match and the German midfielder has been excellent in the role handed to him by head coach Robbie Fowler. The 26-year old has 4 goals and 3 assists in 15 matches, the most goal contributions for any player in a red and gold jersey this season and would be looking to add to that in the high-stakes derby.

Marcelinho has been in red-hot form since moving away from Odisha FC and looks like the same old player that could threaten any defense in the ISL a couple of seasons back. The Brazilian forward has 2 goals so far for the Mariners in just 4 appearances and the big-match player would be looking ahead to shine in his first ever Kolkata Derby. 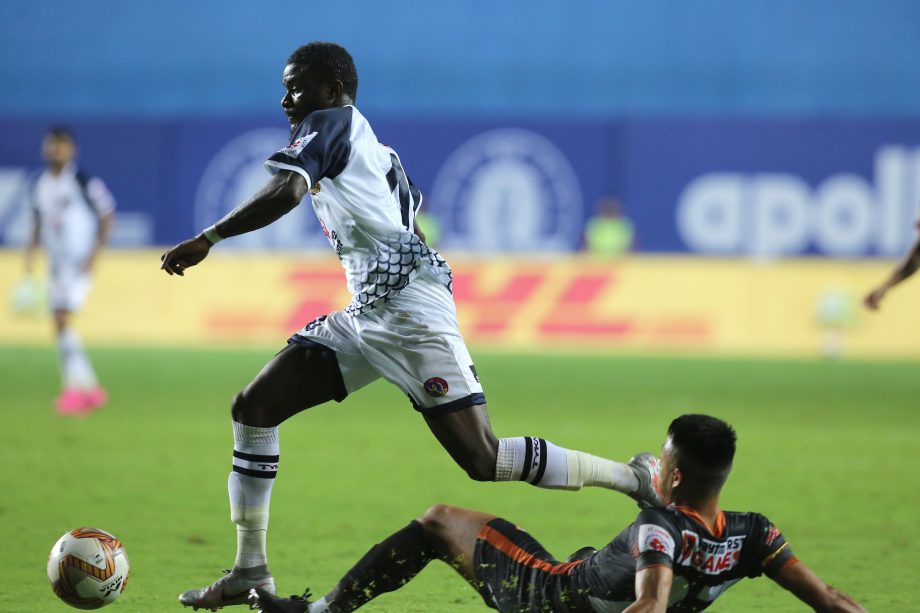 Bright Enobakhare has transformed East Bengal with his raw pace, skills, and bravery up-front. The Nigerian striker has 3 goals and an assist in just over 750 minutes of playing time in the ISL and the 23-year old would be excited to play in his first-ever Kolkata Derby albeit without crowds in the stands.

ATK Mohun Bagan FC is likely to do a double over their cross-town rivals and extend their league at the top of the table to 4 points with Mumbai City FC in action later on Saturday against Jamshedpur FC.

A win for the Mariners would extend their winning streak to 5 matches and with tough fixtures against Hyderabad FC and Mumbai City FC scheduled after this, Antonio Lopez Habas would be hoping his team to finish the match with three points in the bag.

A win or even a draw for Fowler’s ‘Red and Gold’ Brigade would do the manager and the coaching staff a big favor as the fans should be pretty ecstatic to come a long way from being completely outplayed in their season opener against ATK Mohun Bagan to matching them or outplaying their cross-town rivals.