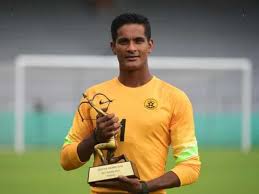 Subrata Paul is a man of history, and simultaneously, very much a man of the present. The Spiderman of India holds numerous records, including that being the first-ever Indian to sign for a professional European club. For all the records he boasts of, he is still one of the highest-paid Indian footballers, which only goes on to prove that Paul is at the top of his game even at the age of 33. If he can perform well in the upcoming ISL season, a call from Igor Stimac might not be a distant dream.