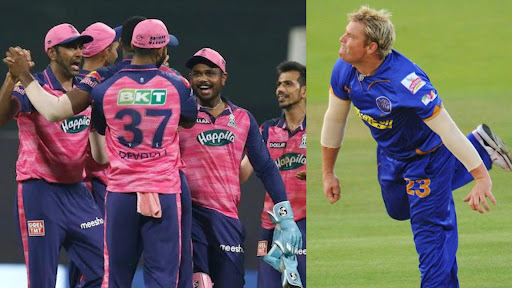 The Indian Premier League (IPL) 2022 has taken out two of the most consistent teams in the ongoing edition against each other with the Gujarat Titans making it into the Finals in their maiden season.

The Indian Premier League (IPL) 2022 has taken out two of the most consistent teams in the ongoing edition against each other with the Gujarat Titans making it into the Finals in their maiden season while the winners from the inaugural 2008 IPL season are into the finals after 14 long years.

The Hardik Pandya-led GT has finished the initial stage with the most number of wins (10). While Sanju Samson led- RR has finished in the second spot with 9 victories.

The occasion holds a special place for RR management as this year in March, their first skipper Shane Warne – who led the team to victory in 2008 – died following a suspected heart attack.

“There was a dull moment in IPL. After that, there was fierce competition. One team came back into the final after 14 years. Must remember Shane Warne. Bhajji’s favorite, my favorite, our dear friend. Andrew Symonds, we dearly miss him. In memory of Shane Warne, Rajasthan goes out there and smashes the hell out of Gujarat for Shane Warne,”

Harbhajan Singh who was also present at the occasion added how Yuzvendra Chahal was crucial for RR’s chances. So far, the leggie has picked up 26 wickets in 16 matches for Rajasthan.

“He is Jos Buttler in the bowling department. He has won matches on his own. he is a single bowler in the IPL, who is bowling like a spinner. He is bowling slow, enticing the batters to go after him but coming out of the crease. His googly has also been effective. He is playing with the batsman’s mind. he has been a champion in chess too but in this game, he has outdone a game of chess too,”

“He has done well against left-handers too. Be it any ground, small or large, it does not matter to him. He has that confidence. he is bowling like a spinner. There are many other spinners in this IPL, but they just come running and bowl fast. They don’t spin the ball. Spinners are supposed to spin the ball that’s where you will get used.”