England pacer Luke Wood earned his maiden call in the England and Wales Cricket Board 14-man squad to take the Netherland in a historic three-match series at Amstelveen on June 17.

England pacer Luke Wood earned his maiden call in the England and Wales Cricket Board 14-man squad to take the Netherland in a historic three-match series at Amstelveen on June 17. This will be the first time when England’s men’s cricket team will play Netherland in the ODIs.

David Payne, the England pacer is also added to the squad after being named for Pakistan ODIs the last summer but has not played a game after that.

Sam Curran also made a comeback in the white-ball series after being sidelined for six months with a stress fracture on the back. Brydon Carse and Phil Salt, who made their debut recently against Pakistan, earned their place in the ODIs.

“I’m very excited to be coaching a strong squad for my first series in charge,”

“We have tremendous depth with a blend of youth and experience. We want to continue to play in an expressive style and let our players showcase their skills and firepower.

“Luke Wood deserves his call-up. He has been consistent for Lancashire over the past 12 months and we have been monitoring his progression. If given a chance to play, I’m sure he will make most of his opportunity.”

Jason Roy will also be live in action after deciding to skip IPL to spend time with his family while Jos Buttler, Moeen Ali, David Willey, and Liam Livingstone are returning from his IPL stunts.

“This is a historic occasion for the sport and the first time England Men have played The Netherlands in an ODI series. We can’t wait to head over to Amsterdam and put on a show for the thousands of fans traveling to support the team.

“The ODI side has had limited opportunities and last played in July. However, with about 18 months to the next ICC 50 over World Cup in India, our preparation will start ramping up with nine matches over the summer and a busy winter ahead against strong opponents.” 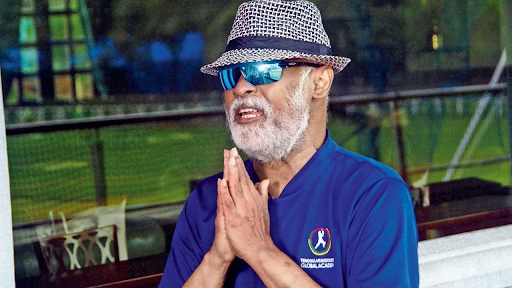