MS Dhoni may give up playing for Chennai Super Kings 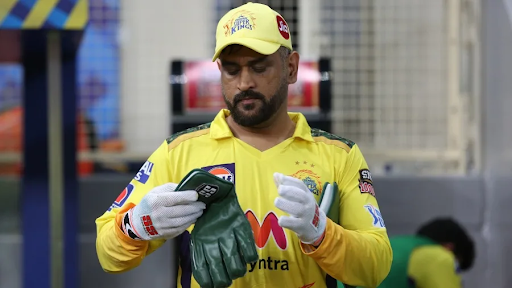 Former India captain and the current leader of Chennai Super Kings, Mahendra Singh Dhoni has announced that he will soon be stopping playing for the Indian Premier League (IPL) team, having led them to title victories three times in 2010, 2011 and 2018.

Dhoni made the revelation ahead of Chennai Super Kings’ final league round match against Punjab Kings on Thursday afternoon, in which his side was smashed by eight wickets which was also their third consecutive defeat in the IPL 2021 tournament.

However, the result had no impact on the standings as Chennai Super Kings finished at the second spot in IPL 2021 points table, having qualified for the playoffs round. Chennai Super Kings played 14 matches in the league round winning nine while losing five. We had a total of 18 points with a net run rate of 0.455 and were also at the top of the points table for a very long time during the tournament.

Dhoni has continued to lead Chennai in IPL Chennai Super Kings in the IPL, having stepped down from India captaincy role in 2016 and eventually retiring from international circuit in August 2020. Dhoni remains one of the most sought-after captains in the IPL for his sheer number of achievements and the promise that he carries in the role of a leader.

“You’ll see me in yellow next season but whether I’ll be playing for CSK you never know. There are a lot of uncertainties coming up, two new teams are coming, we don’t know what the retention rules are and so on.”

It remains to be seen what decision Dhoni takes after the conclusion of IPL 2021 given that there is a mega auction lined up ahead in 2022, which will also witness two new teams being added in the IPL tournament. For now, Dhoni will remain in the United Arab Emirates (UAE) as he will link up with the Indian cricket team to serve them as a mentor during the ICC T20 World Cup 2021 which begins on October 1