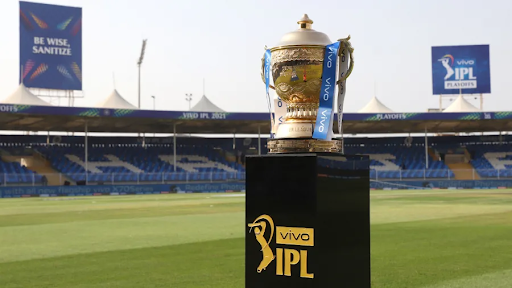 The Indian Premier League (IPL) 2022 is expected to start on March 27 and run till May end this year. The officials at the Board of Control for Cricket in India (BCCI) are hoping to organise the entire tournament in Mumbai, with South Africa and the United Arab Emirates as the fallback options given the fact that the coronavirus pandemic has impacted the tournament’s itineraries for the last two years.

IPL 2022 is set to be a 10-team tournament with a total of 74 matches to be played. The tournament will have two new teams in the form of Lucknow Super Giants (LSG) and Team Ahmedabad, who are yet to announce their team name.

The Lucknow franchisee revealed its team name as Lucknow Super Giants on Monday with KL Rahul as their captain and also the joint-most paid player with a price of INR 17 cores in the tournament along with former India captain Virat Kohli, who continues to be with Royal Challengers Bangalore. Lucknow Super Giants have also roped in Australia all-rounder Marcus Stoinis and uncapped India legspinner Ravi Bishnoi for the upcoming edition of IPL.

The Ahmedabad-based franchisee, who are yet to announce their team name, have revealed India all-rounder Hardik Pandya as their captain along with Afghanistan star cricketer Rashid Khan and India batsman Shubman Gill.

The IPL 2022 is expected to be played entirely in India with Mumbai believed to be a preferred choice as the venue for the tournament. Apart from the Wankhede stadium, the city also has other venues in Brabourne Stadium and the DY Patil stadium, along with a cricket ground in the Bandra-Kurla Complex, which has in the past been used by IPL teams as a training venue.

The BCCI secretary Jay Shah said in a statement on Saturday,

“I am delighted to confirm that the 15th season of the IPL will start in the last week of March and will run until May end.”

“A majority of the team owners expressed their wish that the tournament be held in India. The BCCI was always keen on staging the 2022 edition that will see two new teams ― Ahmedabad and Lucknow ― in India. I can tell you that we will leave no stone unturned in ensuring that IPL stays in India. The BCCI has not compromised on the health and safety of its stakeholders in the past and will concurrently work on Plan B since the COVID-19 situation with new variants remains fluid. The mega IPL Auction will take place on February 12-13th and we will lock in venues before that,”