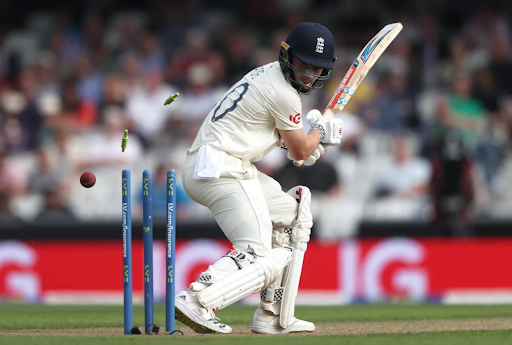 India were placed at 43-0 at stumps on the second day of the fourth Test match being played at the Oval against England after conceding a huge lead of 99 runs in the first innings. India were trailing by another 56 runs in the second innings with the opening batsmen Rohit Sharma batting on 20 not out and KL Rahul on 22 not out at the time of stumps on Friday.

India were earlier bowled out for a poor total of 191 in the first innings and in their reply, England did extremely well to post to 90 despite losing their captain Joe Root for only 21 runs in the first innings. England middle order batsman Ollie Pope scored 81 runs which was the highest contribution from any home team batsman, whereas they were also powered by a fine half-century from Chris Woakes, who helped England take a massive lead in the first innings.

India began the day on Friday on a strong note when they dismissed the overnight batsmen in David Malan for 31 and Craig Overton for 1 in quick succession and also got rid of Jonny Bairstow after he had partnered with hope to stabilise for England in the first session.

Bairstow was dismissed by India fast bowler Mohammed Siraj, who trapped him leg-before wickets for 37, which came from 77 balls and included 7 boundaries. Bairstow and Pope added 89 runs for the sixth wicket and after the former was dismissed, England found another strong pair in Moeen Ali and Pope who added another 71 runs for the seventh wicket to take their team close to the total which India had posted in their first innings.

It was Ravindra Jadeja who provided the breakthrough when he had Moeen caught by Rohit Sharma on a false shot, ending his innings which was of 35 runs from 71 balls with 7 boundaries. However, England found another strong pair in the middle in the form of Pope and Woakes, who put the home team in the lead with their 28 run stand for the eighth wicket.

Pope was very impressive in his effort of 81 runs which came from 159 balls and included 6 boundaries. He finally made an impression after a string of poor performances against the Indian cricket team, who were further punished by Woakes who made 50 from 60 balls with the help of 11 boundaries.

With more than an hour to bat towards the end of the day, India fought back with a 43-run unbeaten stand for the first wicket between Rohit and Rahul as they saw off 16 overs with the new ball to take India at stumps without any damage done. The third day of the match will be crucial to decide in whose favour this match is headed as the Indian team will have to bat responsibly to put on a strong total against England with the series currently levelled at 1-1.