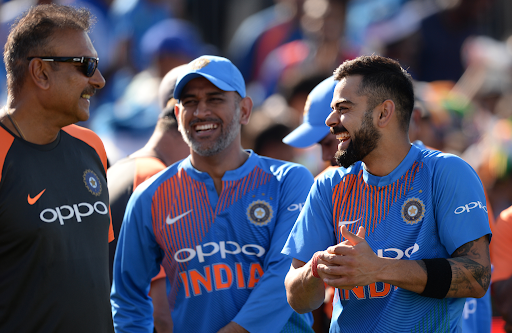 Ravichandran Ashwin was named in the Indian team for the upcoming ICC T20 World Cup 2021, to be played in the United Arab Emirates (UAE) in October-November. The tournament was originally supposed to be organised in India but was moved to the UAE owing to the coronavirus pandemic which has kept fans away from stadiums in the country and made organising cricket matches tougher than before.

However, the biggest news of the day on Wednesday was not the announcement of the team but the return of MS Dhoni, the former T20 World Cup winning captain, into the Indian coaching staff as the mentor of this Indian cricket team for the T20 World Cup to be played from October 17 to November 14.

This is for the first time in history that an Indian cricket team will be playing a T20 World Cup without MS Dhoni as a player. Dhoni had won India the first such tournament which was held in South Africa in 2007 while he captained in every single edition so far. In 2014, India made it to the final whereas in 2016, the last edition which was also held in India, into the semifinals.

India have not included some of their premier players in the squad which was announced on Wednesday. Opening batsman Shikhar Dhawan, India’s most successful T20 internationals bowler Yuzvendra Chahal, exciting young batsman Shreyas Iyer and his Mumbai teammate Shardul Thakur and seamer Deepak Chahar. However, the Indian selectors named Iyer, Thakur and Chahar as the reserve players for this Indian team.

India have named as many as five spin bowling options and three fast bowlers in their squad. The spin department includes the likes of Ravichandran Ashwin, Ravindra Jadeja, Akshar Patel, Rahul Chahar and Varun Chakravarthy. It must be noted here that Jadeja is considered as a specialist all-rounder and not specifically a spin bowling all-rounder. Jasprit Bumrah, Mohammed Shami and Bhuvneshwar Kumar are the three fast bowlers name limiting which also includes a heavy batting lineup.

Rohit Sharma will continue to be Virat Kohli’s deputy in the Indian team which also includes other batsmen such as Ishan Kishan and Rishabh Pant as wicket-keeper batsmen, Suryakumar Yadav, KL Rahul and Hardik Pandya.