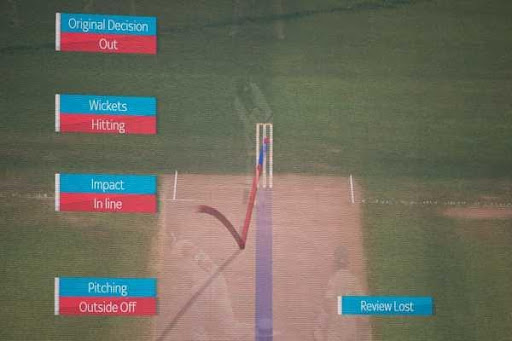 Non-availability of the Decision Review System (DRS) is taking on a role in the eighth edition of BPL 2022 as BCB failed to get the technology in the country’s lone franchise-based cricket tournament.

Non-availability of the Decision Review System (DRS) is taking on a roll in the eighth edition of Bangladesh Premier League (BPL) 2022 as Bangladesh Cricket Board (BCB) failed to get the technology in the country’s lone franchise-based T20I cricket tournament.

BCB has put all their efforts to get the technology in the country but due to the surge in Covid-19 cases all over the world no experts from Hawk-Eye, a DRS Service providing company, getting ready to visit the country to provide their services.

It is to be noted that the time decided for BPL was not suitable following the uncertainty which made it difficult for the DRS service provider. So the service provider decided to join other league franchises coming in the specific time frames to make their jobs easier.

“The calendar was disturbed due to Covid-19 and a lot of international series had to be rescheduled. Hopefully, we can sort it out before the next ICC FTP cycle and that will make our job a lot easier,”

The DRS became a major-missing during the match between Minister Dhaka and Sylhet Sunrisers as three tough decisions clearly suggested that the tournament would get impacted by the non-availability of the technology.

BCB umpires committee chairman – Iftekhar Rahman – admitted the fact that the non-availability of DRS will have an impact and it’s a big learning experience for them.

”It’s a big learning (conducting matches without DRS) for us and we have to be more careful in the coming days,” he said. ”Look worldwide, DRS is helping the umpires reduce their mistakes and they are quite dependent on it. Hopefully, we will make sure that DRS is available in tournaments of this magnitude (BPL),”

Ahead of the tournament, umpires – Sharfuddoula Ibne Shahid Saikat and Masudur Rahman – had expressed their views on officiating matches without DRS will be a big challenge for them.

“It will be a big challenge to officiate matches without DRS because we can’t deny that we are used to it and now this is has become a part of cricket,”

Masudur added that apart from other decisions, they need to put a major focus on no-balls as it would be tough to track them regularly without the DRS being around. ‘

‘Yes, no-ball will be a big issue as we are not following it quite regularly considering we had technology support,”