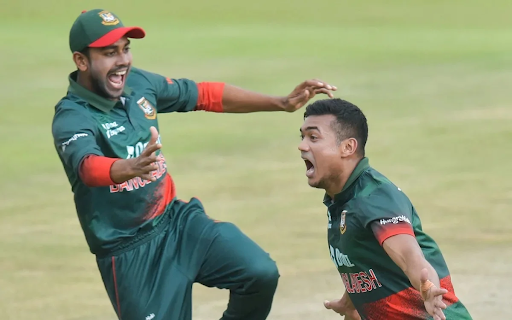 South Africa was up against Bangladesh in the third and decider of the bilateral One Day International series between both sides, the hosts came into the game after thrashing the Tigers in their previous contest to level the series 1-1.

Bangladesh thrashed South Africa on Wednesday on their home ground by nine wickets to win this series 2-1. The Bangla Tigers put in a dominant performance as they were all over their opponents from the start to the finish in this contest.

After winning the toss, the hosts opted to bat first in this decider at Centurion. They got off to a good start courtesy of some sparkling shots from both the openers. Then, visitors’ skipper Tamim Iqbal brought Mehidy Hasan into the attack and he successfully picked up the wicket of Quinton De Kock on the score of 12 as he mistimed his shot straight into the hands of the long-off fielder. Verreynne came out to bat at number 3 and departed on the score of 9 as he dragged the delivery onto the stumps off the bowling of Taskin Ahmed.

Janneman Malan who got off to a great start couldn’t continue his dominance as he nicked one behind to the keeper on the score of 39. Shakib Al Hasan came into the play and picked up the wicket of skipper Temba Bavuma on the score of 2 as he was found plumb in front of the week wickets. Rassie Van Der Dussen looked in great shape in the last game but lost his wicket as the extra bounce from Shoriful Islam outplayed the consistent batsman.

David Miller and Dwayne Pretorius got the starts but they failed to capitalize on them as both of them departed on the score of 16 and 20 respectively off the bowling of Taskin. The bowler completed his 5-wicket haul as he got the wicket of Kagiso Rabada with a score of 4 runs on the tally. Maharaj scored a handy 28 in the end but he lost a wicket, in the end, courtesy of an unwanted fumble between the wickets.

Bangladesh wrapped up the South African innings on 154 runs in 37 overs. This was not a great outing for the home side in this decider of this three-match series, with the home side scoring their lowest ever total against Bangladesh in the one-day internationals. Taskin Ahmed picked up the 5-wicket haul in the first innings and was the star of the show in the first innings at Centurion. 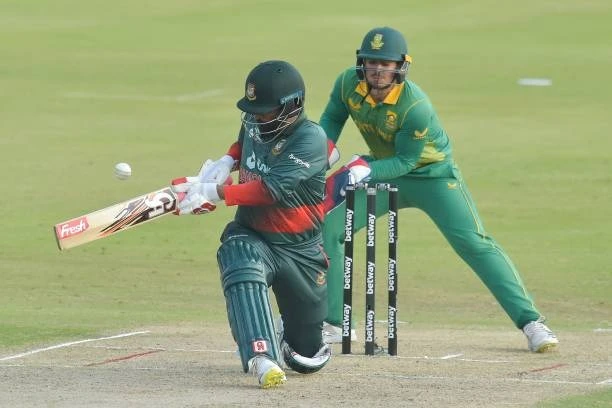 Bangladesh had a fiery start to the innings as Tamim and Liton Das took the South African bowlers to the cleaners in the first twenty overs of the game and pulled the game in their grasp with a 127-run partnership for the first wicket. Tamim was all over the bowlers from the start to the finish of the game and remained unbeaten in the run chase.

Maharaj brought an end to the partnership as he dismissed Das just two runs before his half-century but it was too late for the Proteas as the visitors were on the verge of making history. Shakib was the next batter onto the crease and he together with Tamim stitched an unbeaten 29-run partnership to help Bangladesh chase down the total with 20 overs remaining to lift their first trophy against South Africa in an away tour.

The player was delighted with his contribution and thanked the team during the post-match presentation,

“I’m feeling happy and proud as we have won for the first time in South Africa. This is also my first Player of the Series award. I have been following the same process in the last one and a half years, I followed the same process today, and hopefully, I will continue. My captain supports me in every match and gives me a particular role, I just try to follow that. I have been working on my length and just trying to follow the basics. Still have to learn how to bowl on flat and slow wickets.”

Skipper Tamim Iqbal seemed ecstatic after the historic win and thanked all the players, support staff, and the fans who came to support the team this far from hope,

“I am very proud, especially with a Bangladesh fast bowler getting Player of the Match and Player of the series. I want to thank all the coaches who have worked with the fast bowlers, they have done a fantastic job. This is one of the biggest achievements, it’s a massive win. We can win series overseas, this win will give us that confidence moving forward. We take a lot of pride in ODI cricket, we believe we are a good side. I feel this is like a mini Dhaka, the fans have been brilliant. Wherever we go, they are there for us, whether we win or lose.”

This was a big win for the away side as they managed to secure the ODI series, however, their job is half done with the two-match test series between the two sides just around the corner.