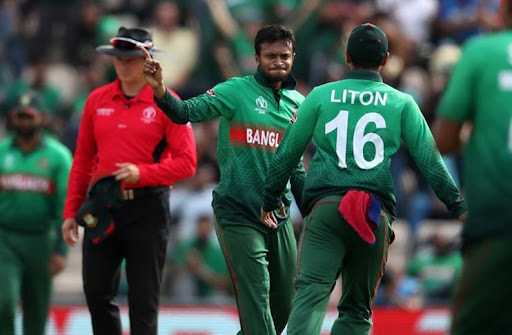 Bangladesh registered their first win against South Africa by defeating them 38 runs in the opening game of the series while Bangladesh now looks forward to creating history by clinching the three-match series.

Bangladesh has set a high expectation of them, says all-rounder Mehidy Hasan as they prepare to engage Proteas in the crucial second ODI at Wanderers on Sunday.

Bangladesh is leading the series by a 1-0 margin and registered their first win against South Africa in 20 years of touring here. Bangladesh now looks forward to creating history by clinching the three-match series.

“It is not possible to look for progress if you don’t have big dreams and now we are dreaming big,”

”We want to win more overseas series,” he said adding that they are eyeing bigger prizes as well.

”We want to win the Asia Cup, the World Cup. We are following these plans and trying to stick to the right process,”

Mehidy, who took four wickets, escaped 39 runs in the opening four overs, added that timely advice from Shakib al Hasan helped him get into his groove.

“I tried to bowl according to the merit of the wicket. I got a bit of turn from my end in the second spell,”

“Shakib Bhai told me to bowl slower. I always listen to Shakib Bhai in tough situations. He has vast experience, and he usually assesses the wicket very well,”

“When I am in two minds or under pressure, I keep telling myself that I can do it. I think this is a good thing. I motivate myself,”

”When I was leaking a lot of runs, I told Tamim Bhai that he can trust me. I will get him the wickets. Liton was also supporting me. He was constantly telling me that I can turn things around,”

“It’s a big win for us. Very proud of the way the team played. Yasir’s innings were really special. Those small things – from Mehidy with the bat, and Mahmudullah – everything matters. It’s a big thing for us – our fast bowlers are doing well and winning games for us. But during the last two years, the fast bowlers have been bowling brilliantly. You need a character like Mehidy in every team. After going for 40 off four overs,”

‘Give me the ball, I’ll change it for you. It is not going to work always, and I am happy with his confidence. We can win the series. We have to give ourselves every chance. They will be eager to bounce back,”

Bangladesh is dominating in the ICC Super League points table and a series win over South Africa in their backyard could be icing on the cake for Tamim and co.