AUS vs IND: Spoiled India bounced back hard on Australian batting on day 1 of the second Test in Melbourne 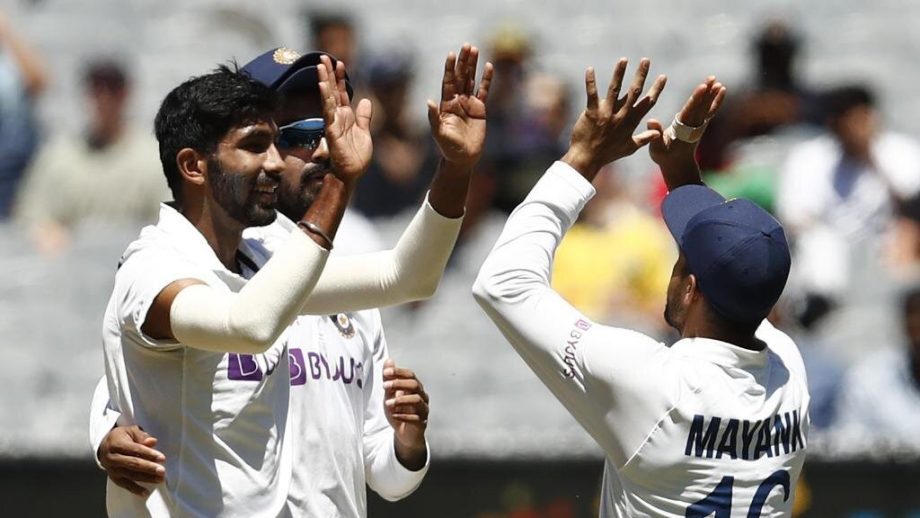 The competent Indian team came back from their embarrassing defeat of 1st Test to destroy Australian batting on the opening day of the second Test at Melbourne to get hold of the driving seat. After their terrible show with the bat last week at Adelaide, the tourists were desperate to start the second Test with good grip and they did after Australian captain, Tim Paine won the flip coin and opted to bat first in front of a decent crowd, just a little short of maximum crowd allowed for Melbourne cricket ground under Covid-19 restrictions.

Things were opposite on the pitch as expected by Tim Paine after winning the toss. The pitch was ideal for bowling as it offered variation and bounce, a bit difficult to tackle in front of high-class bowling from Jasprit Bumrah 4/56, Ravichandran Ashwin 3/35 and the debutant Muhammed Siraj 2/40, a replacement for Muhammad Shami who got himself injured in the last Test match.

Marnus Labuschagne was the top run-scorer from Australian side with 48 runs with the Test specialist, Steve Smith and Joe Burns out for ducks.

Australia was all-out for 195 runs which left the debutant opener, Shubman Gill and Mayank Agarwal to face the toughest 40 minutes on the ground in front of a top-notch bowling attack renowned all over the world.

Mayank Agarwal failed to complete the task as he fell prey to Mitchell Starc on the inswinging delivery, caught him on lbw.

Shubman Gill was dropped on five by Labuschagne but he played a comfortable inning after that, scoring an unbeaten 28 runs to end the day for India at 36/1 alongside Cheteshwar Pujara unbeaten on seven.

Virat Kohli left the team after the first Test match on paternity leave for his firstborn child. Ajinkya Rahane was given the captaincy under his absence and he started quite well after grabbing the big fishes; Joe Burns on duck, Mathew Wade on 30 and the technician Steve Smith on duck before lunch.

It left Australia in serious trouble but Labuschagne was standing on the side of luck as he used the review option two times to remain successful, putting up an 86 runs partnership with Travis Head.

Travis Head had a nervous start but he grew in confidence as moving forward, hit four boundaries before Bumrah picked up his wicket with a little slice of the ball to Rahane, standing on the gully position.

Marnus Labuschagne was looking forward to his ninth half-century after Gill took a brilliant catch to end his innings, added the second wicket in the account of the debutant, Muhammed Siraj.

The all-rounder, Cameron Green also fell for Muhammed Siraj then Ashwin taking another wicket, this time it was the skipper himself, caught brilliantly by Hanuma Vihari on 13.

Nathan Lyon hit some boundaries and a six for 20 runs to take Australia near 200.

Jasprit Bumrah advises Indian batsmen to be confident without being reckless at the end of day 1 play. He also said that take one decision at a time. We are not looking way forward but we are looking for one session at a time.

“We don’t want to be conservative in our mindset and be positive. Control the controllables. Not being reckless but playing with confidence will be the motive going forward,”

said the Indian pacer, Jasprit Bumrah at the end of day 1.

“When we were bowling in the morning there was some moisture on the wicket, so you saw Ashwin and Jaddu (Ravindra Jadeja) got some spin because we wanted to make the most of the moisture, we were trying to use them, he (Ashwin) was getting good bounce,”