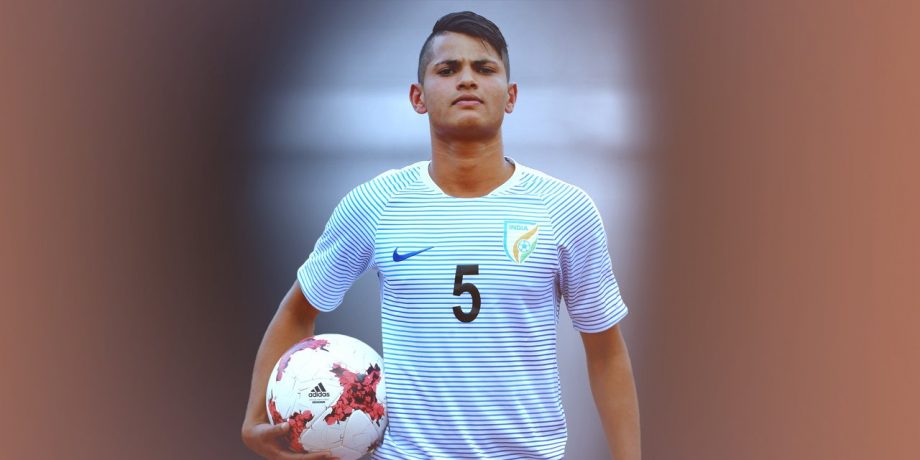 Kerala Blasters have signed the promising full-back Sanjeev Stalin after an unfruitful season in the Indian Super League which saw the manager Kibu Vicuna get sacked at the business end of the season.

Sanjeev Stalin is a popular name among the die-hard football fans who saw the young full-back put the ball straight onto the head of Jeakson Singh from a corner against the Columbia U-17 team to score India’s first goal in a FIFA tournament.

The promising full-back made 28 appearances for Indian Arrows before signing for Portuguese club CD Aves but turned out for their youth side only failing to break into the senior team.

Stalin is delighted to join Kerala Blasters and said that he is looking forward to applying his learnings from Europe in the ISL. The 20-year old left-back said,

“l am glad to continue my football journey with Kerala Blasters FC and come back in the Indian Super League after learning so much in Europe. Football is more than a passion to me. It’s a dream that I’m living on a day-to-day basis, the one dream I’m working hard to make as memorable and joyful as possible and reach the highest levels possible. I can’t wait to start training with the team and play in front of the Yellow Army.”

Kerala Blasters sporting director Karolis Skinkys praised Stalin’s raw talent and he is looking forward to having a player with the experience of playing in Portugal to be a part of the Blasters squad. He said,

“I’m happy to have a talented player like Sanjeev Stalin join Kerala Blasters FC. He is a young player who has the ability to make an impact in our squad. The experience he’s gained from playing 2 years in Portugal means he’ll be more mature and ready to play to the top level. I wish him all the very best and will extend my full support in his development.”