We never give up, we believe until the end – Cristiano Ronaldo 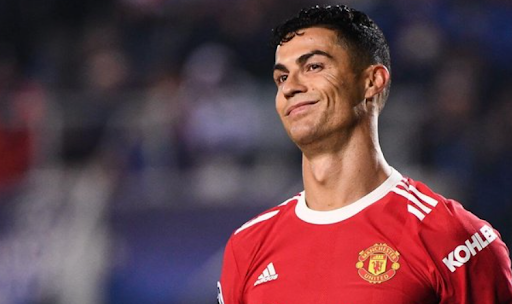 Crish is happy with this draw

Atalanta and Manchester United once again had a cheerful shootout with a dramatic ending (2:2). As in the first match, it ended with a late goal from Cristiano Ronaldo, but this time, it was only a draw. The group F encounter was played at the Atleti Azzurri stadium in Bergamo (Italy).

The match started terribly for the Mancunians: Josip Iličić opened the scoring in the 12th minute. Duván Zapata delivered a pass to the Slovenian from the left corner of the box who slotted through David de Gea with a powerful low shot.

But suddenly, in the 45th minute, Cristiano Ronaldo netted a crucial equalizer: compatriot Bruno Fernandes elegantly left the ball to Ronaldo with his heel and Cristiano was accurate in finishing.

In the 58th minute, Colombian Zapata, who made the assist at the start, gave the Italian club the lead again.

Ultimately, however, the heroic Ronaldo scored his second goal of the game in stoppage time, making it a double and setting up the final score of the game.

The Portuguese seems to have delivered a superb performance that was a relief for all his teammates and, most importantly, for the coach, who is having a difficult time in the Red Devils’ camp.

he told after the match.

“The beginning was tough, we knew Atalanta would do a lot of pressure, they have a fantastic coach, when I played at Juventus they were always difficult to play against. We were a little bit lucky in the end but that is football. We have to still improve, we have different players, different system, we have to adapt with each other, but it will take time. we have time to improve and be better.”

Atalanta head coach Gian Piero Gasperini revealed his conversation with the 36-year-old Man of the Match after the final whistle:

“At the end of the match, I spoke with Ronaldo – he’s an incredible player, some even call him a problem. That’s a nice problem to have. He rarely gets it off target; half the time he scores, half the time it is saved. You know what we say in Italy? Go to hell [smiling]”

It seems that the upcoming derby against Manchester City will be incredibly difficult, considering the position of the Citizens (the elimination from the signature English League Cup and the recent loss to the Crystal Palace), it will be a really challenging puzzle for Ole to solve, but this is what makes the clash more interesting.

Recently, the former UFC champion, Irishman Conor McGregor expressed his support for Manchester United’s head coach Ole Gunnar Solskjær in a post on his Twitter account. Not long ago, Conor stressed that he has a lot of respect for the Norwegian specialist, who has recently been criticized for the team’s unsatisfactory results in some matches.