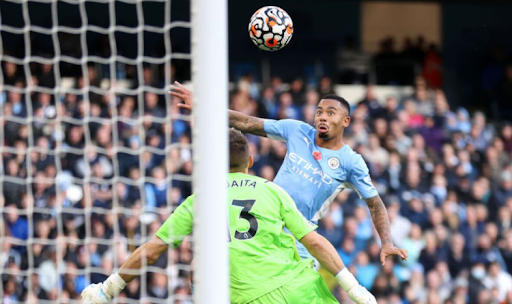 In the home game against Crystal Palace, everyone favoured Manchester City to win the game but mistakes by centre-back Aymeric Laporte gave the visitors a huge head start.

First, Laporte gave an ‘excellent’ pass to Wilfried Zaha when under pressure, and then, just before half-time, he lost an opponent behind his back and committed a last-ditch foul.

If the lack of goals before Laporta’s suspension could be put down to City’s poor finishing (the home side were creating chance after chance), then the second half saw the team display nothing. Being in the minority, the signature Guardiola control of the ball turned into sterile passing, which Patrick Viera’s men handled with ease. In the end, when the Citizens were completely opened up, they conceded one more after the counter-attack.

Laporte’s error should be the hurting one because talented John Stones has been waiting on the Man City bench all season long for a chance. He was called up to the England squad in October and even scored the goal against the Hungarians, having not played a single minute in the current EPL season. He had some playing time in a match against Burnley after that, but slipped back into the reserves – and today he appeared after Laporte’s suspension. It is not out of the question for Laporte to sit out after a disgusting match.

The Frenchman apologised on his Instagram after the match:

“Really disappointed with the outcome today. Hard to get my first red wearing this shirt, credit to all the guys for fighting on the pitch until the end. Sorry for the loss, still we have a lot to take. Lose together, win together. Thanks for the unconditional support, love you guys. Come on City!”

Manchester City are having a poor week. In three days they were knocked out of the League Cup (they lost on penalties and will not take the trophy for the first time since 2017); now a defeat to Crystal Palace, who are winless in the English Premier League since September 11. This is how City are breaking their eight-match unbeaten streak in the league. The last time they lost was on the first 21/22 matchday to Tottenham (0-1).

An additional reason to be upset is a spoiled anniversary for Guardiola. The match against Crystal Palace was his 200th in the Premier League as a coach – and here he was defeated.

Don`t miss out 💥: Mino Raiola reveals ‘no update’ on Pogba contract: You have to ask Man Utd