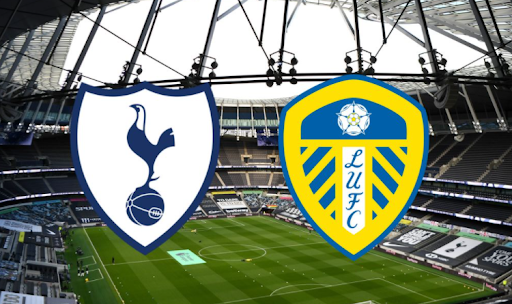 Tottenham will play at home against Leeds in the 12th round of the English Premier League. The match takes place on 21 November, Sunday, in London and kicks off at 22:00 IST.

Last round, Tottenham played their first match in the EPL under Antonio Conte and drew with Everton, while Leeds drew with Leicester. Before the face-off, Tottenham are seen as favourites. What can we expect from this encounter?

Tottenham have 16 points and are ninth in the Premier League table after 11 games played.

Earlier this month, Tottenham announced the appointment of Antonio Conte as head coach. The club could no longer tolerate constant failures, thus admitting that the invitation of Nuno Espírito Santo was a mistake.

In their first game under the Italian, Tottenham defeated the Dutch side Vitesse 3-2 at home in the Conference League. A very nervous game, but Conte had only been at the club for a few days at the time, so it is simply inappropriate to talk about any changes.

But in the away game against Everton in the EPL, Tottenham performed much better, almost without mistakes, but the meeting ended in a 0-0 draw.

Leeds are in 15th place. The visitors currently have just 11 points.

Marcelo Bielsa’s side claimed their first win of the season only in the seventh round. The start was poor, but the experienced coach knows his work so we are expecting the rebound: judging from recent matches, things are starting to improve.

In the previous five rounds, Leeds suffered only one defeat, losing to Southampton in mid-October.

That was followed by draws with Wolverhampton and Leicester and a win over relegation-threatened Norwich.

The teams are facing their anniversary game, the hundredth this Sunday, with the London boys winning more so far.

Statistical preview of the match Tottenham vs Leeds United:

“We’ve tried to exploit this period [international break], to work with the players who we had with us. We worked well. I’m happy. I’m happy with the attitude, the commitment, the character that the players showed me. I think we are working well, for sure. We are at the start of our work together and it’s important, step by step, that the players improve. If every single player is going to improve, the team will improve. When you arrive at a new club, you speak to all of the players, then you try to take a moment to have one to one, to know them in every aspect, not only through the football aspect. I think it’s good. They have to know me, and I have to know them. I have found players with a great will to work and a great will to improve, to try to do something special for this club.”

“For a goalscorer to score is always good for them, speaking about threat. But, having said that, with or without the international goals he [Harry Kane] is a player to be respected. Antonio Conte is a manager who has a set style of play and that distinguishes from all other managers. He’s a genuine representative of his country in terms of managers. He’s triumphed in every team that he has managed, he’s a reference in world football, not only in the league he participates in. He’s a coach that gets very high performances from his players. Intensity, a collective sense and teams that attack with a lot of players, but not because of this do they defend with less players. That’s a virtue that is very hard to get in a team, the normal thing is those of us that are spectators, we observe the aspects that outshine in the game, those things I’ve just named are very difficult to achieve.”

The Londoners are dreaming of a return to the Champions League, for which they have once again changed their head coach.  Tottenham have plenty of problems, which makes Conte’s arrival look somewhat surprising. A renewed defensive line, a number of players who have markedly reduced in quality, as well as Kane – the forward is clearly moping after a failed transfer to Manchester City.

Leeds have the ‘second season syndrome’ that many newcomers are experiencing. The Yorkshire side were excellent last campaign and nearly finished in the Eurocup zone, but now they are only 15th. The upcoming meeting is not easy from a prediction point of view, but for the sake of the odds, we can pay attention to the final success of the home side. After all, Leeds are used to an aggressive style of play that opens up a lot of empty space.

Right now, Leeds are very poor defensively, which makes them vulnerable. The current Tottenham are good in using the open fragments of the pitch, and indeed Conte is a known tactician. It is unlikely that the vulnerable Yorkshire defence will stand up to the performers that the home side can boast. It should also be noted that Spurs have scored more than a goal in each of their last five home games against Leeds. Spurs have won four of them.