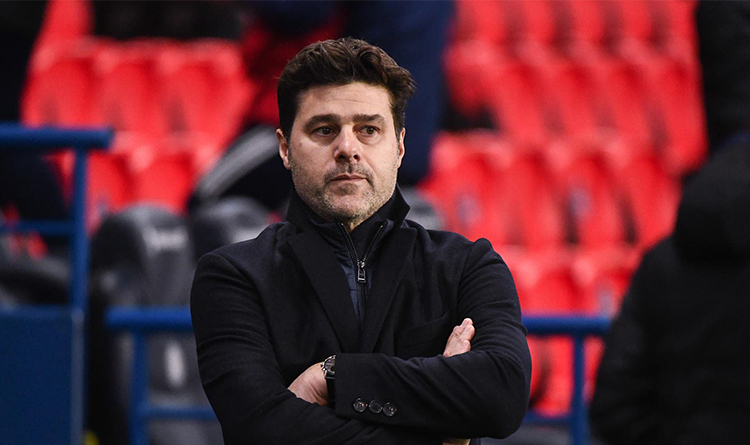 Mauricio Pochettino in his thoughts during the match

PSG won the French Super Cup for the 8th time in a row, defeating Marseille.

Icardi scored an opener in the first half, and at the end of the match, Neymar, who came on as a substitute and played his first match in a month after an injury, scored from a penalty kick. After that, Dimitri Payet pulled one back for Marseille in the 89th minute, but it was too late. The match ended with a final score 2-1.

You can watch the match highlights here:

For Mauricio Pochettino, this is the first trophy in his coaching career. The ironic fact is that it took him less than a month to do it. The 48-year-old Argentine took charge of the capital club on January 2, replacing Thomas Tuchel.

League final in the 2018/19 season. BUT Still, he did not manage to win anything with Tottenham Hotspur.

The Paris Saint-Germain manager about the victory:

“I’m really proud and I’m feeling really good. I want to congratulate the players and say thank you to them and to Paris Saint-Germain, to Nasser the president and Leonardo the sporting director for trusting us and giving us the possibility to fight for big things and trophies. Yes I’m so happy and it was a very special night for us to have beaten our opponents and of course to win the trophy.”

As a fact, last season the Parisians won both the league title and the French Cup while the club from Marseille took second place in Ligue 1, which was stopped early because of the pandemic.

For PSG, it is the 8th consecutive French Super Cup victory, they have taken the trophy consistently since 2013. In total, the Parisians have 10 wins in the Trophée des Champions [the original name of the trophy in French].

You probably remember the story around racism after PSG’s fall game against Marseille (5 red cards were shown in that match), when Neymar exploded reacting to racist insults of Alvaro Gonzalez at the end of the match. The Ligue 1 Disciplinary Committee investigated the incident for about a month, but in the end no one was punished (although Neymar received two game disqualifications for the scuffle).

That’s how it continued:

The Spanish responded by posting a photo of their duel during the game with the words:

“My parents taught me to take out the trash.”

Gonzalez posted a picture of Pele with a comment:

“Always in the shadow of the king.”

And that wasn’t the end of it for the guys!

“And you are a shadow of mine. Became famous because of me, but didn’t show anything,”

It seems that amid the falling revenues of Ligue 1, this confrontation will be the most interesting because the second-round meeting of these teams in Ligue 1 is coming up.